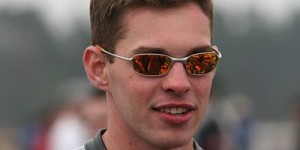 Harley-Davidson Screamin’ Eagle/Vance & Hines rider Andrew Hines set a new national Pro Stock Motorcycle Elapsed Time record of 6.728 seconds at the rain-delayed Auto-Plus NHRA Nationals at Maple Grove Raceway Monday. Hines and his teammate, Ed Krawiec, advanced to the final round of eliminations, but that race was postponed due to more rain, and will be run during the Big O Tires NHRA Nationals in Las Vegas, Oct. 25-28.

Hines broke the class ET record twice on Monday, first with a 6.742-second blast in the opening round of eliminations that bettered the mark of 6.750 set by Krawiec in March at Gainesville, Fla. Hines backed that pass up with a 6.783 ET in round two, but then lowered the record further with a 6.728-second run in the semi-finals.

“We had just about ideal conditions here today,” said Hines, noting that other NHRA class records also fell on Monday. “It was cool and the pressure was down. I’m glad to get the record because this is probably the last chance we’ll have at it this season. It’s not going to happen in Las Vegas and it would take some extraordinary conditions for it to happen in Pomona.”

“The Countdown playoff is coming down to a battle between Ed and me,” said Hines. “That’s what we wanted, and those 20 points could come in handy for me at the last two races.”

It was Krawiec, the defending Pro Stock Motorcycle champion, who set the pace in qualifying. Riding a Harley-Davidson V-Rod in metal flake Hard Candy Pink paint as part of the effort to raise breast cancer awareness, Krawiec used a 6.799-second ET in the last round on Saturday to lock down the top seed. Hines qualified second at 6.824 seconds.

On Monday, Krawiec got wins over Craig Treble on the ProtectTheHarvest.com Buell, Geico Suzuki rider Karen Stoffer, and Lucas Oil Buell rider Hector Arana Jr., with a 6.730-second run in the third round that would have re-set the record if not for Hines’ effort moments earlier.

“This was rare weather and a fun day to be at the race track,” said Krawiec. “If we would have had a little sun on the track we could have gone even faster. I had great power at the end of the run but Andrew was a little quicker off the line today. We’ll have to wait to wrap this up in Las Vegas, but as a team we leave here with a great lead in the Countdown standings.”

Krawiec leads the Pro Stock Motorcycle Countdown with 2523 points. Hines is second with 2506 points. Arana Jr. is third and 139 points behind Krawiec with 2384 points. Lucas Oil Buell rider Hector Arana Sr. is fourth with 2326 points, and Stoffer is in fifth place with 2282 points.

The Pro Stock Motorcycles will next race Oct. 25-28 at the Big O Tires NHRA Nationals at The Strip at Las Vegas Motor Speedway, Las Vegas, Nev.