The Western Motorcycle Drag Racing Association’s fifth year of operation promises not only to thrill racers and spectators, but a national television audience as well.

Masters Entertainment Group (MEG) will capture all the action at Eddyville Raceway Park (ERP) on Saturday, July 25, filming the competition, with racer interviews, opening ceremonies and all the fun you’ve come to expect at the dragstrip. The stand-alone episode of the Inside Drag Racing television series will air on four networks this fall including Velocity, NBC Sports, MAV-TV and new digital broadcast channel Rev’n.

“The WMDRA is thrilled with this opportunity for our sport of motorcycle drag racing and we look forward to showcasing the variety of motorcycles and racers that make up our drag racing family,” said WMDRA President Sandra Alberti. “This is unscripted, real television and a chance for our racers to shine while giving viewers a behind the scenes look at grass roots drag racing and its accessibility even for the casual fan or motorcycle enthusiast.”

According to ERP track owner Gerald Kramer, “We’re very excited to have the WMDRA join us this year and the Inside Drag Racing coverage is icing on the cake as Eddyville Raceway Park celebrates our 50th Anniversary. 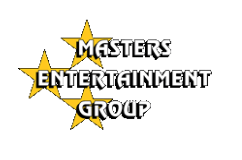 Since its inception over 20 years ago, MEG has created and produced quality programming for Velocity, NBC Sports, MAV TV, Fox Sports Net, ESPN, ESPN2, Outdoor Channel, Speed Channel, Sun Sports, and CSS. One of their trademark shows, Inside Drag Racing is the longest running drag racing show in television history.

Please join the WMDRA and MEG on July 24 and 25 at Eddyville Raceway Park for two days of horsepower as we showcase grass roots motorcycle drag racing and much more!

Eddyville Raceway Park is located at 3260 Merino Avenue in Oskaloosa, Iowa. Competition qualifying begins on Friday, July 24 with final eliminations on Saturday, July 25. Gates open at 9:00 a.m. both days; with a hot track at 10:00 a.m. Tickets are just $15/day or $25 for the two day event.