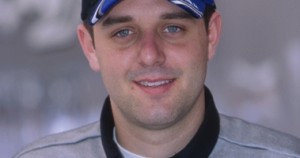 GT Tonglet notched his first 2011 round win in upsetting fashion Sunday when he eliminated Hector Arana Jr. – the No. 1 qualifier – in the first round of the Summit Racing Equipment Nationals.

“That was a good first round,” said Tonglet, who was competing in his second race of the season on a new Suzuki. “We stole one from him.”

“I had a good light, but David had the better (racing) package,” Tonglet commented, “but we are taking strides forward. We do have some problems to sort out, but we are going in the right direction.”