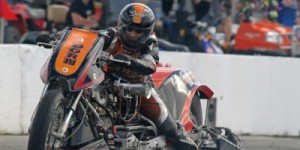 MAV TV, with its unparalleled line-up of motorsports events and exclusive automotive reality shows, will air all 12 IHRA Nitro Jam Drag Racing Series events and a special season in review episode in a unique, character-driven show that will focus on equal parts behind the scenes stories, car and driver profiles and on-track racing. The show will air in the fourth-quarter of the 2014 season.

“We are very excited to partner with the leading provider of motorsports entertainment in MAV TV to bring our incredible series to a national television audience,” said Jason Rittenberry, CFE, President and Chief Executive Officer of IRG. “IHRA is a unique brand with incredible classes and exciting characters and now we are adding true competition back to the series for the first time in many years. We look forward to showing the world what the new IHRA is all about and giving our fans a chance to follow the series all across North America.”

The IHRA Nitro Jam Drag Racing Series (NJDRS) will be unlike anything drag racing fans have experienced before. Focusing primarily on character-driven entertainment, the NJDRS will showcase specific drivers, classes and cars in a unique blend of on-track racing and behind the scenes stories. With its roots in reality storytelling, fans will get up-close-and-personal with the stars of the IHRA’s professional drag racing series and all of the drama that is associated with championship motorsports.

“When we entered into talks in regards to a television broadcast, we felt it was very important that we focus on the entertainment aspect of what we do. The racing element is one part, but we want to show the world that this sport is so much more than just cars going down the track,” said Scott Gardner, President of IHRA Motorsports. “The IHRA is so rich with incredible people, personalities and behind the scenes stories and we want to share these incredible people and stories with the world.

“Ultimately this is not just a traditional drag racing recap show. This is something innovative and exciting that will give fans a behind the scenes look at our series in a setting that you won’t find anywhere else. This is the way drag racing is meant to be experienced.”

“Masters Entertainment has a long history with IHRA Motorsports and bringing their events to a national television audience. We are all very excited to once again partner with the IHRA in 2014 and bring their incredible series back to the forefront with MAV TV,” said Butch McCall, Executive Vice-President of Masters Entertainment.

The 2014 IHRA Nitro Jam Drag Racing Series will include a unique mix of classes and competition not found anywhere else in the sport. From historical cars and legendary drivers to cutting edge drag racing technology, the NJDRS has something for motorsports fans of all ages. Classic Nitro Funny Cars and Nitro Altereds mixed with the incredible talents of Nitro Harley, Mountain Motor Pro Stock and the sports only Jet Dragster championship contested by the fastest girls in drag racing, the IHRA looks to continue to provide an exciting blend of entertainment and competition.

IHRA last aired on national television in 2009 on SPEED channel and now the IHRA returns to homes with this brand new series. In addition to the initial run of the 13-week series, fans will also enjoy additional airings of the brand new show throughout the latter half of 2014.