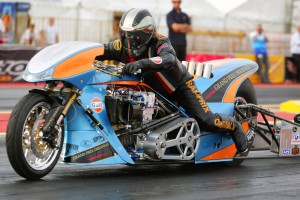 The Gulf Oil – Grand Prix Originals – Top Fuel Bike made a dream debut on the notoriously tricky Kunmadaras track in Hungary when the 1500 horsepower machine (managed by multiple championship winners King Racing) stunned many with an unbelievable 6.57 second run at over 200 mph on only its 3rd ever run on track despite very conservative power settings.

The former Soviet Nuclear Bomber airfield track is known to lack the grip required by the more powerful machines so this performance bodes well for the team’s next race and UK debut on one of the fastest tracks in Europe, Santa Pod Raceway on the 27th – 30th May. 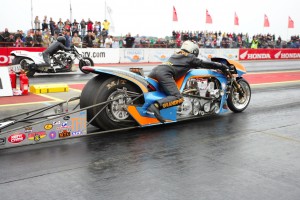 CRAFT HELMETS – The ultimate helmets for safety and uniqueness in design

GATES- The world’s most trusted name in drive belts, hoses and hydraulics

PSYCLEWORKZ – The UK’s best custom and race fabricators and innovators

Big Maryland Weekend has MIRock on a Roll