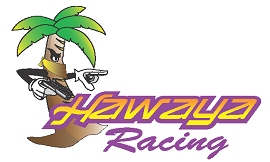 On Tuesday prior to the AHDRA final event of the year, the crew of Hawaya Racing headed to “the Rock” in preparation for the Fall Nitro Bike School. 9 riders and 12 crew chief/members attended the school, including our first 2 female riders. The weather forecast was for great weather the entire week and everyone was excited about the class. The two Hawaya Racing prepared Derringer powered Pro Dragsters made 40 passes in 1 ½ days and performed perfectly through out the entire class. By the end of the class, the crew members were doing all of the turn- arounds on the bikes for their riders. All 8 unlicensed riders passed the class and received their AHDRA 6.90 license. 4 of those riders (Steve Pier, Janette Pawliske, Pete Stimeling & Dales Nilles) went on to qualify and compete in the AHDRA finals. Dale Nilles competed on his newly completed Derringer powered Pro Dragster qualifying 10th. He was taken out in round #2 of eliminations by Kirby Apathy. Steve Pier, who had never sat on a Nitro bike before in his life prior to the school, went on to take the #2 school bike all the way to the finals. 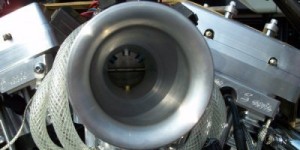 We would like to thank all the pilots and crew/chief members for making the Nitro Bike School a success. Their tenacity, fearlessness and overall enthusiasm for the sport and support of each other paved the path, leading to a great experience for all!!

In a word, WOW! What a race. If you were not there, you missed out. In attendance was the largest Nitro bike field in many years. 19 Pro Dragsters showed up to try for the 16 spots in the Hawaya Racing Pro Drag class. Mark Cox riding the #1 school bike and flying the Bojangle’s colors dropped out of the truck with the #1 qualifying spot, running a 7:18 second pass to set the pace. After all of the smoke cleared, we had the quickest P/D field ever. On race day, the weather was a bit warmer, but still great for racing. After the first round of eliminations, Kirby Apathy, who had qualified in the #2 spot was the only non-Derringer powered P/D still in competition. In the end, it was Mark Cox on school bike #1 against Steve Pier on school bike #2 in the finals. Mark took the win with a 7.22 second run.

Many records fell at the AHDRA finals including the P/D 1/8th mile record that Johnny Vickers set in Louisiana just weeks ago. Mark Cox reset the 1/8th mile ET record at 4.512 seconds. In the 3rd round of eliminations, Mark ran the quickest run ever made by a Pro Dragster, running 7.09 seconds in the quarter mile. Mark’s runs at “The Rock” were 7.18, 7.19, 7.27, 7.09, & 7.22. “I knew that we could go fast at Rockingham said Johnny. When I set the record in Louisiana, I still had a lot of tire spin and I knew that we would have a better race track at Rockingham. I was a little surprised at the 7.09, but went there expecting to run in the teens.”

WHAT’S NEXT? On November 11, 12, 13 the Pro Dragsters head to South Georgia Motorsports Park for the Manufacturers Cup race. All AHDRA legal Pro Dragsters are welcome to compete in the Royal Purple Pro Dragster class presented by Hawaya Racing. This is a great race track with great people and times will be very quick.

Hawaya Racing would like to congratulate Scott Truett on his 2011 AHDRA P/D championship and Bill Purvis on his runner up position.

Disappointing Loss for Ray Who is Already Looking Forward to Pomona