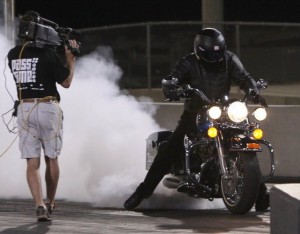 After a John Force-esque burnout, Bryce motored his V-twin to an elapsed-time of 10.91.

The show is scheduled to air sometime in February. 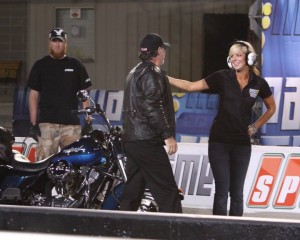 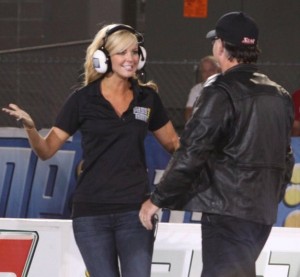 Do you like Motorcycle Drag Racing? Valdosta is the Place to Race