The off-season has been one of reflection that has resulted in the decision to hang up the leathers and liquidate the race team. And no, this wasn’t the result of a Top Fuel Harley groupie telling me I had no business showing up until I had a competitive package – but that’s a story for another day. 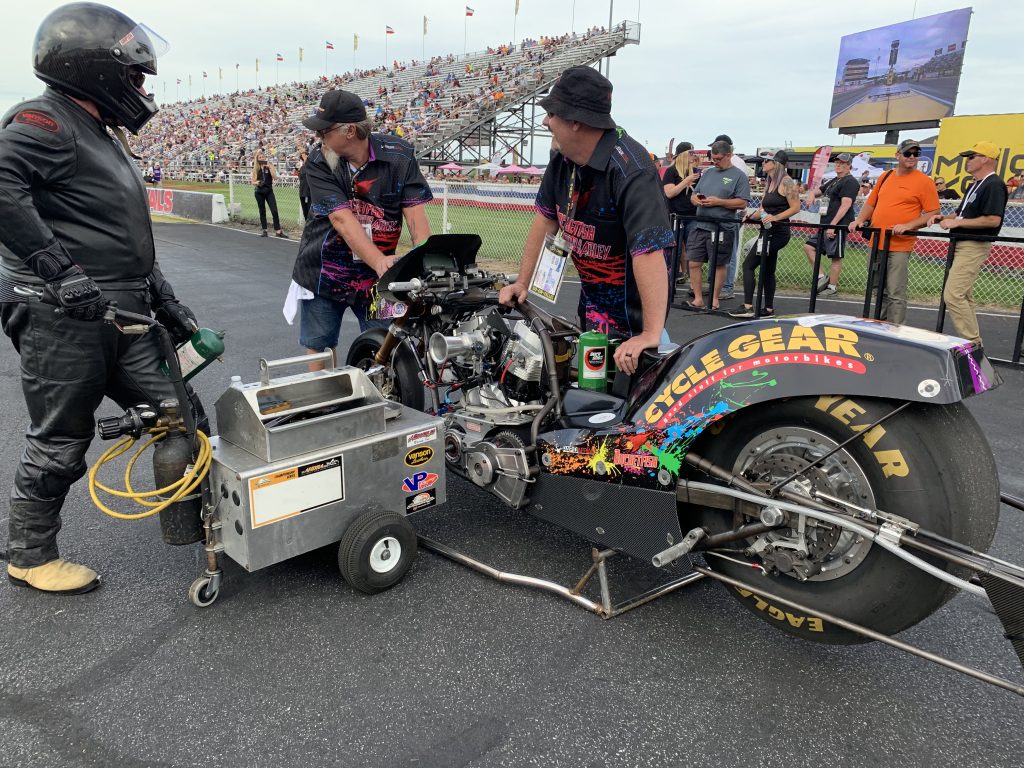 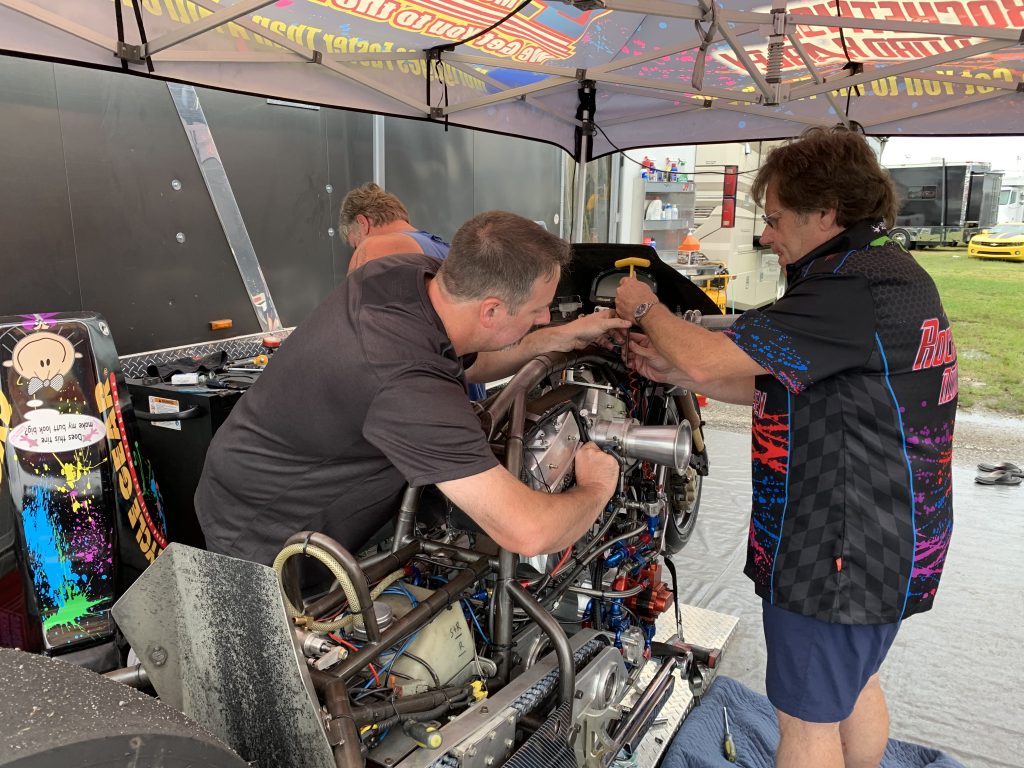 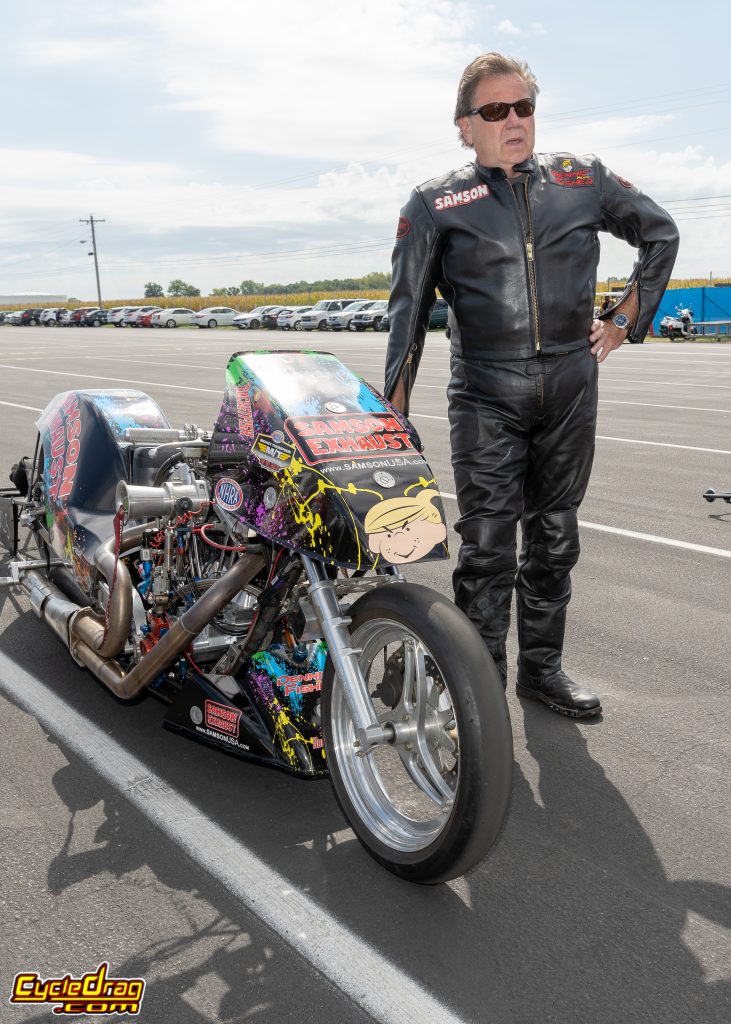 While this is personally disappointing, I will tell you we had a lot of fun, made some great friends – among them – Steve Vickers, Chris Richterberg, Rick Smoot, Jack Korpela, Tim Hailey, Gary Larson, Brandi Neithamer, Natalie Jahnke, Larry McBride, Rickey Gadson, Noel Jordan to name a few. There were a few people I managed to piss off as well – but only if they deserved it! 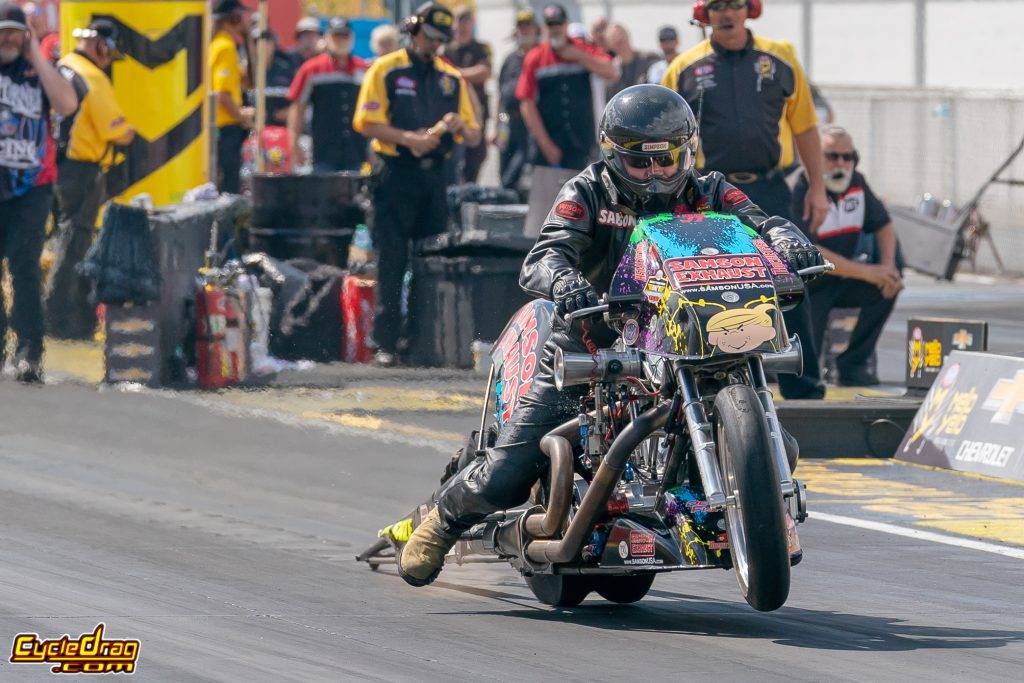 In my opinion Nitro Harley racing is the most exciting form of drag racing there is. It takes balls (figuratively speaking – women have them too – Angie, Angelle come to mind), respect, determination, and competitiveness. When giants in the sport like John Force shows up in your pit to eyeball the Nitro Harley, or Tony Pedregon says he wouldn’t ride a nitro Harley even with my cool set of leathers, I think others share my opinion.

While I’m liquidating the team, I am keeping the Nitro Menace helmet, leathers, boots and gloves in the event someone needs a capable rider to compete or test a bike.

So there you have it, didn’t want my friends and fans to think I just faded off into the sunset. Lots of life left to enjoy and I’m looking forward to another competitive year in Nitro Harley racing as a spectator. May the best man or WOman win!

Please join us on congratulating Fisher on a great run and we hope to see him again.