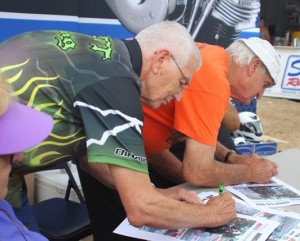 Sturgis Dragway was the perfect backdrop for the grass roots motorcycle drag racing of the 3rd Annual AMSOIL Sturgis Nationals, held August 5 and 6 during the 74th Annual Sturgis Motorcycle Rally. Not only did racers have to battle the track this year, but Mother Nature and a lightning-fried time slip printer as well… never a dull moment!

With qualifying completely rained out on Tuesday, the men and women racers of the WMDRA pulled together and got the complete show in on Wednesday in less than 12 hours; no small feat considering the multitude of activities scheduled for the day. 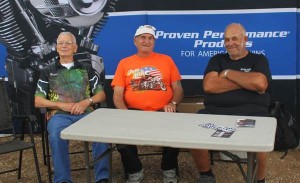 A highlight for racers and fans alike was the introduction and honoring of Grand Marshals Bonnie Truett, Marion Owens and Pete Hill. With bikes going down the track behind them, these legends of the sport took it all in stride as they greeted the crowd and were presented leather jackets courtesy of Harley-Davidson by iconic motorcycle racer and admirer Jay Allen.

Amongst and between all the action at the track, Mark Dotson was able to complete the WMDRA’s Drag Racing School and private Drag Racing 101 clinic for members of the media, with special thanks to Bell Helmets, the Sturgis Nationals Official Helmet, for providing the full face head gear for students. Regrettably, due to the time crunch and inclement weather, these brave souls will have to wait until next year to make their first pass down Sturgis Dragway. 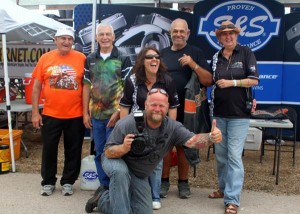 As the afternoon waned and gray skies threatened, spectators and racers alike were treated to the heartfelt Invocation of racer Rich Vreeland and the beautiful sound of the USAF Academy Band Wild Blue Country’s rendition of our national anthem. According to Jeffrey S. Valentine TSgt USAF USAFA USAFA/BA, “It was a blast, everyone we met was wonderful. Thanks again WMDRA for everything you did to make us feel so welcome.”

Competition was fierce amongst the three pro classes and six sportsman classes, with 73 racers vying for the title of Sturgis Champion (see results below). 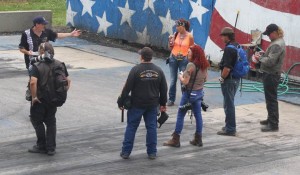 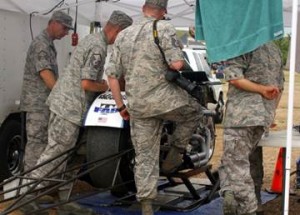 Our sincerest gratitude goes out to our sponsors AMSOIL, S&S Cycle, Mickey Thompson, Bell Helmets, Brocks Performance, Gear Head Publishing, Motor Whiskey, Cardo, the South Dakota Pork Producers Council, and Pro Riders Marketing; as well as Masters Entertainment Group and the Inside Drag Racing crew; to the USAF Academy Band Wild Blue Country for opening ceremony services and Rich Vreeland for our invocation; and to all the racers and fans who continue to support the sport.

Congratulations once again to our 2014 Sturgis Champions and to the racers, crew members and fans who support the WMDRA’s effort to keep the drag racing tradition alive during the Sturgis Motorcycle Rally. God bless you all!