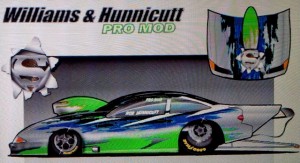 “I hardly have to leave the state to race because there are so many organizations,” Hunnicutt, a resident of Maryland, said. 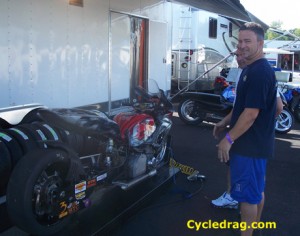 As a huge fan of the Pro Mod class, Hunnicutt is calling his chance to drive the car a “dream come true.”

“I never thought I would have this chance,” Hunnicutt said. “I used to always kid around with Rickie Smith (longtime NHRA and PDRA car racer), “let me drive your car.” But I didn’t think I ever would.”

Smith’s NHRA Pro Stock Motorcycle champion son, Matt, who also raced a Pro Mod car, gave Hunnicutt some encouragement about making the transition from a dragbike to a car.

“Matt said that already being accustomed to the speed and the ETs from racing a motorcycle will really help,” Hunnicutt said. “I’m certainly not taking anything for granted though. I know I have a lot to learn.” 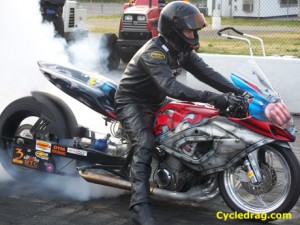 “I’m not sure I will make every event, but I will be at every at Maryland race,” Hunnicutt said.

The Superman is also looking forward to racing his teammate Mac McAdams, who recently purchased a Pro Mod car. The duo will both compete on two and four wheels this season.

“There will be a lot of trash talking,” laughed Hunnicutt.