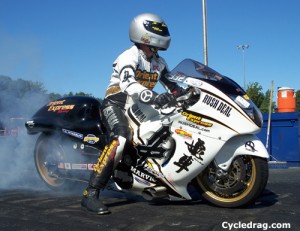 ”The Orient Express Pro Street class has been a huge hit in the MIROCK Superbike Series with great competition among different model motorcycles and some of the wildest looking machines that ever took to the strip. Our MIROCK fans are shocked to see these street tire motorcycles run speeds over 200mph, and the E.T. World Record for Pro Street is held is held at MIROCK with Bud Yoder’s unbelievable 7.115 record pass.” Stated by MIROCK’s Promoter Jason Miller.

Skip Dowling, president of Orient Express, stated enthusiastically “We are really excited about the 2011 MIROCK Orient Express Pro Street class, which continues to grow bigger and more exciting! Orient Express wants to help fuel that growth by supporting larger purses and a deeper payout structure for the class. Orient Express is committed to ensuring Pro Street remains the premier arena for racers and tuners in 2011.”

Orient Express is a warehouse distributor serving the needs of racers world wide since 1973, and is proud to be your source for high performance parts and engine services. For more information about the products and services we offer, please visit www.orientexpress.com, call 800-645.6521, or email sales@orientexpress.com.