The field is set for the annual Mickey Thompson Tires Pro Bike Battle featuring the very best in the Pro Stock Motorcycle category. This race-within-a-race pits the top eight riders in the class against each other as they compete for a $25,000 prize on July 27 during the 32nd annual NHRA Sonoma Nationals.

Unlike previous years, the final standings (led by Krawiec) will not determine first-round matchups in this exciting battle. First-round pairings will be decided on stage during a pre-race ceremony only moments before competition begins. The riders will each select a special Mickey Thompson tire. The inside of each tire will be numbered one through four. The riders who select tires with the same numbers inside will be paired up against each other for the opening round.

Current world champion M.Smith won this iconic event in 2018 when he defeated Krawiec in the final round, providing a big boost of momentum going into the Countdown to the Championship and setting him on a positive course that stretched through the remainder of the season. Krawiec and his teammate Hines have been dominant forces in Pro Stock Motorcycle so far this year and each competitor understands how the Mickey Thompson Tires Pro Bike Battle can set the stage for success in the countdown. 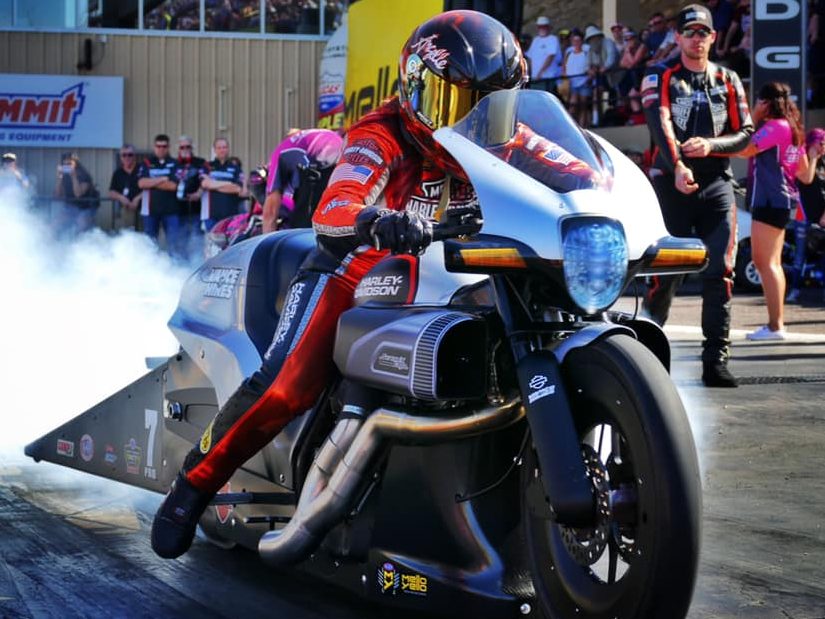 This year’s competition also marks a milestone for females in the sport as this is the first year to have more than one woman among this elite field. A. Smith and Sampey have both competed in the Mickey Thompson Tires Pro Bike Battle in years past and both plan to be the first woman in NHRA history to bring home the $25,000 prize from this specialty race.

Introductions and tire flips for pairings for the Mickey Thompson Tires Pro Bike Battle take place at 12:45 p.m. on Saturday followed by the first round at 1:15 p.m. The semifinals follow at 4:15 p.m., with the final round slated for 5:30 p.m.