MIROCK Expands to Atco Raceway for 9 Events in 2013, US Nationals Returns

The Mickey Thompson Tires MIROCK Superbike Series is proud to present our 2013 schedule and to announce the addition of the historic 44th annual Orient Express U.S. Nationals at Atco Raceway to our series. The 2013 schedule will feature a total of nine events held between Maryland International Raceway, Rockingham Dragway, and Atco Raceway.

The MIROCK Superbike Series has always been held at Rockingham Dragway and Maryland International Raceway with racers all over the east coast supporting the series. There are many loyal MIROCK racers from the north (including NJ, NY, PA, DE, and CT), and with the addition of Atco Raceway to the schedule these racers will have at least one race close to home. Atco Raceway’s Orient Express U.S. Nationals is one of the oldest motorcycle drag racing events in the country with 43 years of history, and has been re-established under the MIROCK banner.

Skip Dowling of Orient Express stated enthusiastically that “Joe and I are really glad to be a part of bringing the U.S. Nationals back to the historic Atco Raceway in conjunction with MIROCK. We have worked extensively with Jason Miller over the years, and we are confident that this will be a great event for racers across the northeast. It will also add an important seventh Orient Express ProStreet event to the MIROCK series, where the racing has been awesome!”

Jason Miller of MIROCK states, “We are very excited to host a MIROCK event at Atco Raceway in 2013. Orient Express has been a long time sponsor of the MIROCK series and when I spoke to Skip and Joe about bringing one of our events to Atco Raceway in 2013 they were all ears to help support the event. The addition of the U.S. Nationals will allow our MIROCK racers from the North to have a great race right in their backyard, and to entice motorcycle racers from even further North to check out what MIROCK is all about. I ask all of our loyal MIROCK racers from the Maryland, Virginia, the Carolinas, and the South as well as the West to support this iconic event. It will allow our MIROCK sponsors to tap into a new market and further dig our roots up and down the east coast.” 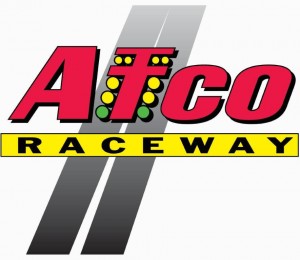 The first event for the 2013 Mickey Thompson Tires MIROCK Superbike Series will be the FBR Shop Spring Bike Open at Rockingham Dragway on March 22-24, 2013. 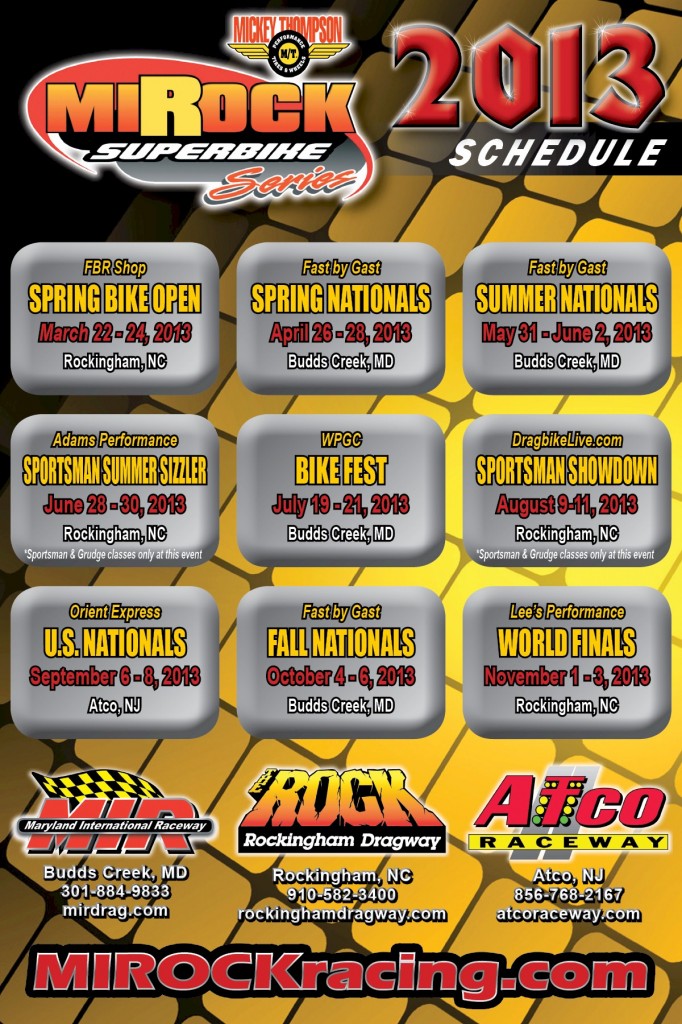