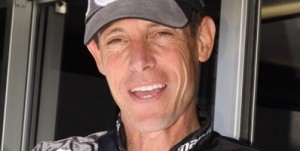 Pro Stock Motorcycle drag racing standout Steve Johnson of Irondale, Ala. is having a hard time contemplating the numerical side of his career.  The upcoming National Hot Rod Association SuperNationals at legendary Old Bridge Township Raceway Park in Englishtown, NJ on the weekend of June 2-5 will be Johnson’s “official” 25th Anniversary of competition on the NHRA Full Throttle series tour.

“I’m really having a hard time taking all of this in,” Johnson said from his race shop. “First of all, I never thought I’d be fortunate enough to be racing for a quarter century, but what’s really blowing my mind is that this will be my 302nd NHRA race. “I hate sounding foolish, but where did all the time go?  I feel like we’ve been racing for a few years, but 25?  Over 300 races? “No wonder I’m tired!” The National Hot Rod Association is well aware of Johnson’s record, and included notice of his 25th Anniversary race in their widely-distributed Newsmakers press release dated May 24th.  “Believe me,” Johnson said, “being included in Newsmakersmade my day!” Johnson is a former Drag Bike USA champion, and is also a two-time winner of drag racing’s most prestigious event, the NHRA U.S. Nationals, but the one thing he’s never been is the NHRA Full Throttle champion.  He’s come close, and has been a steady Top 10 performer when the points are tallied up at the end of each season, but an NHRA title continues to elude him.

“Winning the championship’s always our ultimate goal,” he says.  “Our Suzuki has run okay thus far in 2011.  Okay, but not great, and if we’re going to seriously challenge for the title, it’s gotta be great, not just okay.  Tim Kulungian and the rest of the team are doing a good job, and the fact that our elapsed times and speeds are improving with every race is a very positive sign.”

Right now the NHRA Full Throttle series is all about the Countdown to 10, wherein the Top 10 points earners in each of NHRA’s four professional categories of competition will qualify for post-season action in the six-race Countdown to 1 program.  Johnson made the field last year, and plans on doing so again in 2011.

“I’m confident in our ability to make the Countdown,” he said.  “We’ve done it before, so we know what it takes.  It takes consistency and really, a mixture of being both conservative and aggressive when it comes to the tune-up.  You can’t over-power the race track and spin the tire, but at the same time you’ve gotta get after it.  It’s really a balancing act, and our guys are on top of it.”

Johnson participated in the official certification of Odessa College in Texas by the National Automotive Technicians Education Foundation under which the school received its Master Accreditation honor on May 23rd.

“This was a very big deal,” Johnson said.  “It’s the result of a lot of individual’s long hours and total dedication towards elevating the school’s position in our educational system, and I’m honored that they asked me to participate.” A firm believer in the value of a higher education, regardless of whether it’s earned through a trade or vocational school, or through a degree program at a four-year university, Johnson adds,  “If there’s anyone out there who doesn’t realize how tough it is in today’s job market, they just aren’t paying attention.

I’ve been making appearances at schools, both public and private, for probably 20 years, and if there’s one thing I do know it’s that getting an education gives you a huge step forward in not only getting a job, but advancing your career as well.” Johnson is a voracious fan of all forms of motorsports, and with the NHRA Full Throttle taking Memorial Day weekend off, he’s torn between heading for the 100th running of the Indy 500 in Indianapolis, or the Coca-Cola 600 in Charlotte.  “Those are going to be great races, but maybe I’ll stay right here, working on our motorcycle.  We need to be quick and fast when we unload our Suzuki at Englishtown.  That’s the race that really counts for us!”

Rookie Savoie is Sixth and Climbing Heading to Englishtown

Matt Smith Wants Back in the Hunt