With four races remaining in the NHRA Mello Yello Countdown to the Championship, Matt Smith is 61 points out of first in Pro Stock Motorcycle, leaving him right in the mix of the title hunt. But the defending world champion will be racing with an extreme sense of urgency at this weekend’s NTK NHRA Carolina Nationals at state-of-the-art zMAX Dragway.

It’s a win-or-bust approach for Smith, the defending winner of the event on his Denso/Stockseth/Matt Smith Racing EBR. It puts extra pressure on the three-time world NHRA Mello Yello Drag Racing Series champ heading into the race at his home track, but after falling just short in St. Louis, Smith wants to race with a sense of urgency in Charlotte.

Steve Torrence (Top Fuel), Ron Capps (Funny Car), Jason Line (Pro Stock) and Smith (Pro Stock Motorcycle) were last year’s winners of the event that will be televised on FOX Sports 1 (FS1), including live final eliminations coverage starting at 2:00 p.m. (ET) on Sunday, Oct. 13. It is the third of six races in the Mello Yello Countdown to the Championship, and the 13th of 16 races during the 2019 Pro Stock Motorcycle season. It’s been another banner year for Smith, but he wants more heading into the final stretch of the season.

He wasn’t pleased with the red-light loss in the semifinals at St. Louis to eventual winner Karen Stoffer, which led to the must-win ultimatum heading to zMAX Dragway. Still, he has a win and three finals in 2019 and has been the fastest bike for much of the season. Smith also welcomes the pressure heading into Charlotte as he tries to track down points leader Andrew Hines. 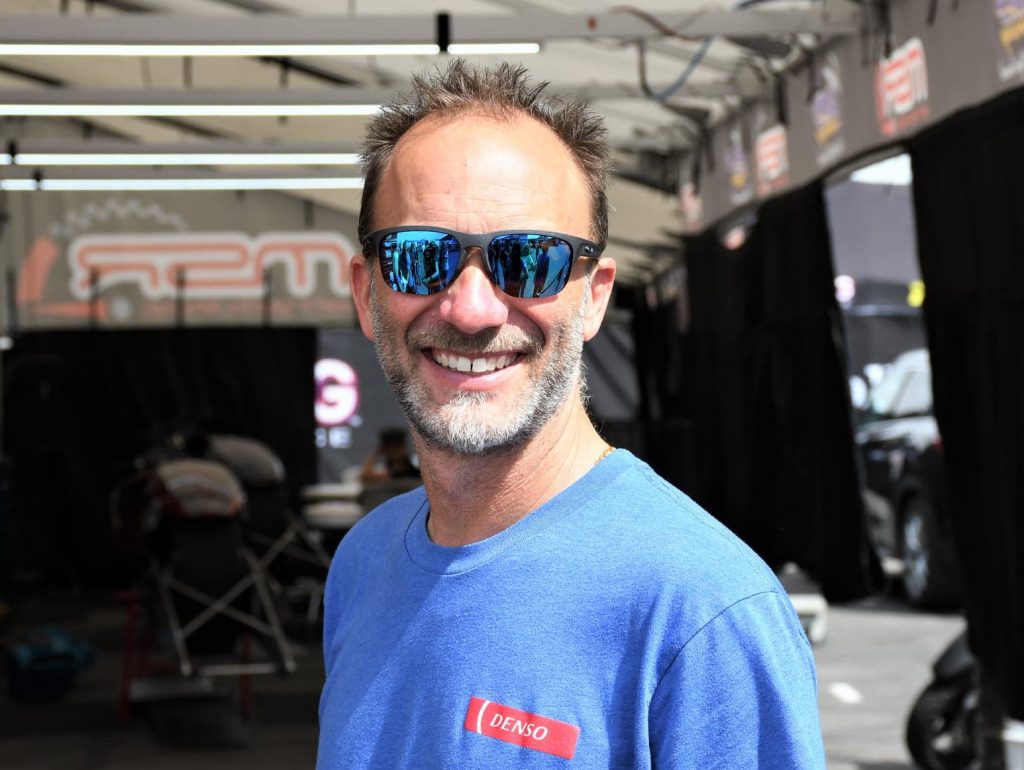 “I like putting that pressure on me,” Smith said. “I’m normally better under pressure. We were only 23 points out going into the last race, and I knew we had the fastest bike there. I was just racing conservative and it’s time for us to go back and race all-out again. I feel like we are going to be fine and I just have to do a better job on Sunday. I’m prepared to do that this weekend.”

Hines, who has seven wins in 2019, leads Stoffer by 34 points and teammate Eddie Krawiec by 51 points with Smith right behind. Reading winner Jerry Savoie is just five points behind Smith, which puts a premium on doing well this weekend. Smith, who has 23 career wins, believes he is primed for a big finish, much like a year ago. He has raced well at several of the remaining tracks, and that includes Charlotte, where Smith has two career wins.

“It is our home track and we normally run really well here, but I just try to treat it like any other race,” Smith said. “We won last year, so we’re looking to repeat. I’ve always said that Charlotte is one of our better races and Pomona is one of our better races. I’m counting on those two races and I really think if we do well here, everybody will know we’re the bike to run against.”

After nitro qualifying on Friday, stick around to watch Nitromike, the entertaining P.T. Cruiser Wheelstander. The weekend will also include the top eight Drag Week winners in the Street Car Small Block Power Adder category, as those standouts will race in a special exhibition in Charlotte.

NHRA fans can take part in the Mello Yello Walking Tour to see the cars and teams hard at work in the pits. Fans can also attend Pro Stock School and Nitro School to learn how the cars operate and reach their thrilling speeds. zMAX Dragway will also host a Mello Yello autograph session and allow fans to meet their favorite drivers as well as the Sealmaster Track Walk hosted by NHRA announcer Joe Castello. Another can’t-miss experience is the winner’s circle celebration on Sunday after racing concludes. NHRA fans are invited to congratulate the winners of the event as they celebrate their victories.