highest order, a new European Record and an event win to take an early lead in the 2016 FIM European 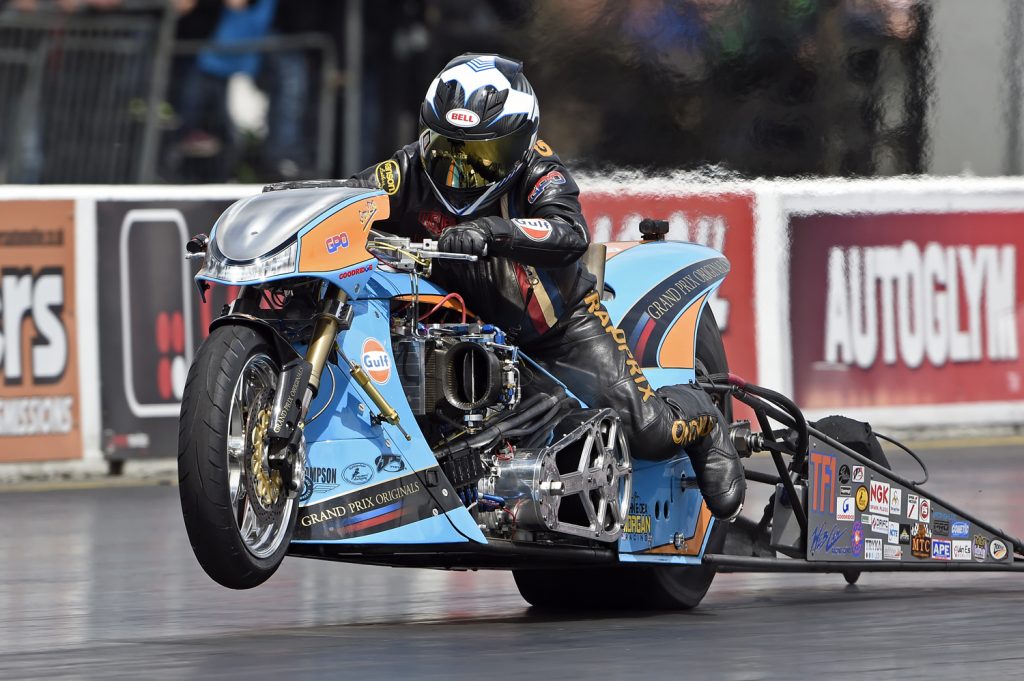 particularly in areas such as clutch were undertaken over the winter stop. This approach was proven effective

European speed record if backed up within 1% in any subsequent run of the weekend. 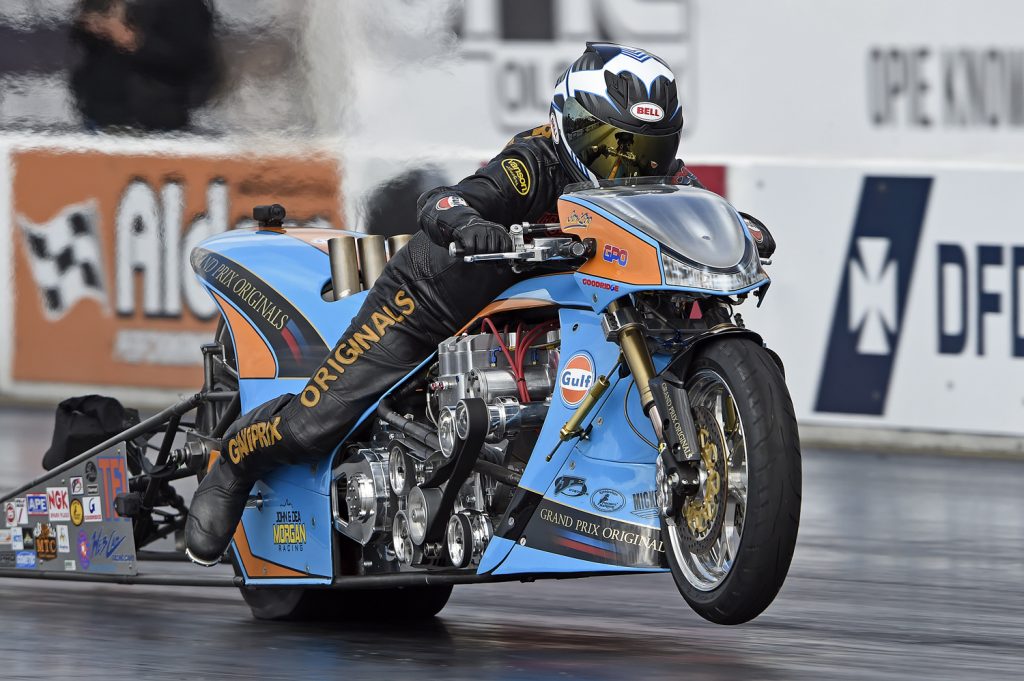 However, the team were plagued with damaged drive &amp; rear wheel sprockets and drive chains on each and every pass due to the

issues following an unknown and as yet unresolved change in manufacturing.

Click here to see a video of the chain stretching on a run: https://www.youtube.com/watch?v=INncs8wVNF8

the potential speed record should it also be backed up within 1% over the event. 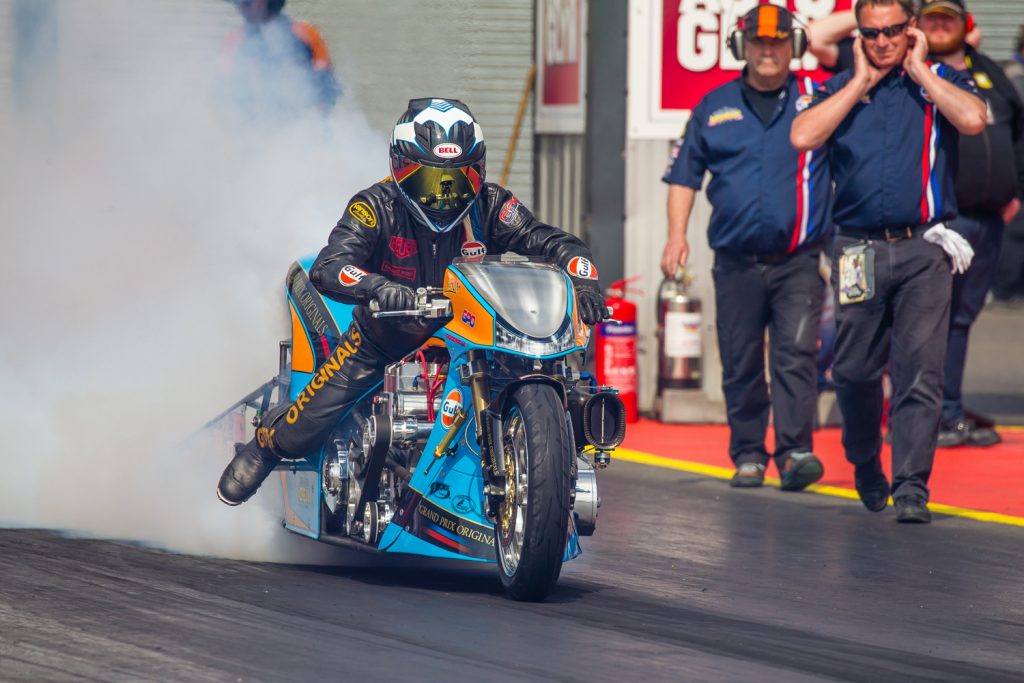 quick for Greek rider Filippos Papafilippou even if his run had not been aborted at the start.

machine. Unfortunately it was not to be when the Swedish team suffered a minor technical issue that

necessitated shutting off before staging, but King did not disappoint the expectant crowd with another fine

5.893 second run at 239.95 mph, his fastest speed of the weekend and resetting his own FIM European Speed 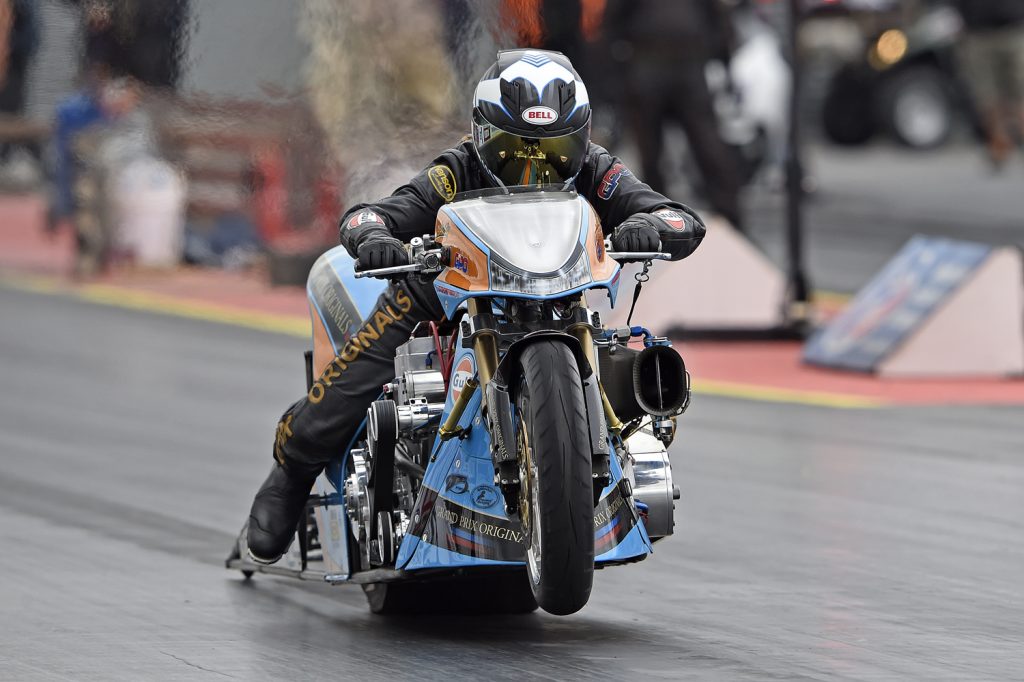 A stunning start to the European Championship season for the team, number one qualifier, five x 5 second

runs out of seven, a new European Top Speed record and an event win!

For more information on the team go to www.gulfoildragracing.com

For more information on Gulf Oil International go to www.gulfoilltd.com

history making machine. The team is extremely proud to be supported by many leaders in their chosen

markets in their endeavours to secure a 10 th European Championship:-

IDBL Dragbike Racing Back on Black