Hector Arana Sr. may seem to walk around a little lighter on his feet these days. But that is what happens when you can remove the stress of five straight winless seasons off your back.

Thanks to an impressive performance on his Lucas Oil Products Buell in Atlanta, Arana was able to finally exhale and enjoy his first victory since 2009 in Pro Stock Motorcycle, making it a moment to truly savor. 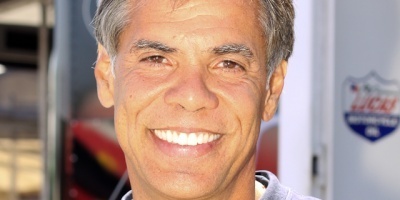 “I noticed there’s a lot of weight off my shoulders,” said Arana, who won the 2009 Pro Stock Motorcycle world championship. “It’s definitely the fuel that I needed to keep working and keep going forward. When Hector (Jr.) wins, I’m pumped, too, but that win for me was exactly what I needed. I needed it so I could continue to believe in myself and to keep driving forward. I want another one, I want another championship.”

Antron Brown (Top Fuel), John Force (Funny Car), Erica Enders (Pro Stock) and Andrew Hines (Pro Stock Motorcycle) were last year’s winners of the event that will once again be televised nationally on ESPN2 with live eliminations on ESPN. It is the fifth of 16 Pro Stock Motorcycle events on the NHRA Mello Yello Drag Racing Series circuit and Arana enters a key stretch of the regular season feeling in form.

Following the victory in Atlanta, Arana was solid in Englishtown, winning a first-round matchup and qualifying third as well. It has him fourth in points and the win might have locked in his focus even more.

“We’re going to take one step at a time and stay grounded,” said Arana, who has seven career victories. “I’m going to stay humble and keep going forward.”

That approach has served Arana well throughout his standout Pro Stock Motorcycle career, but breaking through with the victory can go a long way in building confidence heading into the Mello Yello Countdown to the Championship.

But Arana and his team haven’t reveled too much in the success. The team has continued to look ahead, in part to stay close to points leader Eddie Krawiec and his teammate, defending world champion Andrew Hines, who is currently second in points. Hector Arana Jr. and Hector Arana follow them in the points standings but with the main bulk of the Pro Stock Motorcycle season approaching, Arana knows this is not the time to sit back and reflect on early-season successes. 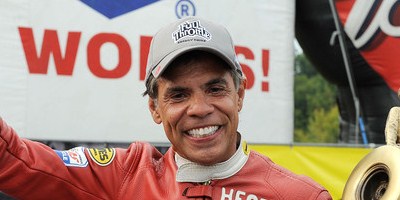 “We’ve been working to get an engine that we’re going to run in Denver done, and we’ve been getting all the parts we need so we can have another extra spare engine for Sonoma,” Arana said. “We have to have enough backup engines so if anything happens, we don’t have to fix it on the road. We can just swap engines and keep on going forward.”

The NHRA Western Swing is a daunting task, but Arana also wants to put together a successful weekend in Norwalk. He won the event in 2008 but a second victory would mean overcoming a talented field that starts with defending winner Hines, who has an NHRA-leading four wins at Summit Racing Equipment Motorsports Park, and Krawiec. Gainesville winner Karen Stoffer, two-time event winner Matt Smith, Jerry Savoie, Angelle Sampey, James Underdahl and Scotty Pollacheck will all also be contenders to hoist the Wally trophy on Sunday.

But doing well in Norwalk would be meaningful for Arana, who enjoys the hoopla and excitement that is always created with the race.

“Everything about this event is good,” Arana Sr. said. “You’ve got the fireworks, you’ve got all the ice cream you want to eat – for $1 – and you’ve got Cedar Point. All the ingredients for having a great weekend are there.”

Brown took the Top Fuel victory last season defeating Shawn Langdon in the final, and is the current points leader on the strength of three victories. Competition will be fierce and will include the likes of Richie Crampton, who has three wins this season including the most recent race in Bristol, two-time Norwalk winner Larry Dixon, Doug Kalitta, defending world champion Tony Schumacher, Leah Pritchett, Brittany Force, J.R. Todd, class newcomer Dave Connolly, Steve Torrence, Spencer Massey and Clay Millican.

The 16-time Funny Car world champion, John Force, raced to his second victory of the season last year at Norwalk while points leader and defending world champion Matt Hagan is after his first victory at the track. Jack Beckman, Tim Wilkerson and Tony Pedregon are the only other active Funny Car drivers with Norwalk victories, but other class standouts include Ron Capps, Cruz Pedregon, Courtney Force, Del Worsham, Alexis DeJoria, Tommy Johnson Jr. and Robert Hight.

Enders, the reigning world champ, has four wins to start 2015 including the most recent race in Bristol to take over the points lead but red-hot Greg Anderson, who has two career Norwalk, is close behind. Vincent Nobile also has two Norwalk wins, and Jason Line, a two-time winner this season, Phoenix winner Rodger Brogdon, newcomer Drew Skillman, Shane Gray, Allen Johnson and Chris McGaha are just a few of the drivers who will also be putting up a fierce fight for the win in the 200-mph factory hot rod class.

To purchase tickets, call 419-668-5555 or visit www.summitmotorsportspark.com. For more information about the NHRA visit www.NHRA.com.

WHERE: Summit Racing Equipment Motorsports Park, Norwalk, Ohio. The track is located at 1300 State Route 18, half way between Cleveland and Toledo; just an hour and a half north of Columbus. The Ohio Turnpike is less than 10 minutes away.

WHEN: Thursday through Sunday, July 2-5