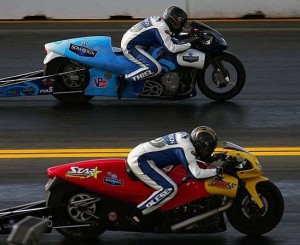 So where did Bryce go?

Bryce packed up and took his tuning skills to the European Pro Stock UEM Championship.

Bryce’s team has won every race completed in 2011 and has established new track records along the way. Bryce’s team has already locked up the season title. The tour’s final race is slated for Sept. 8-11 at Santa Pod Raceway in the United Kingdom.

“This has been a great experience. We have helped the sport to grow in Europe as the NHRA PSM class is enjoying a increase in participation,” Bryce said. “Thank you to our supporters and team for the great season in a new venue.”