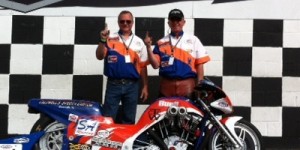 It was time for Tom Caldwell/OLD GUYS DO RULE RACING to go to the AMRA Summer Shootout in Bowling Green, KY.

Caldwell, “Again, we were fortunate to be sponsored by Trammel Creek Cycle Works in Adolphus, KY. Great friends and supporters! And as much as we looked forward to attending, everyone knows it is hot and humid there especially in June. Performing well is a challenge.”

Caldwell had prepped the bike and evaluated the data gathered from the NHRA Atlanta race and winning the AMRA Hagerstown race. He was looking to improve on his performance at the AMRA Bowling Green event. 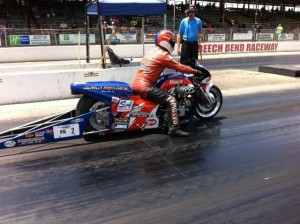 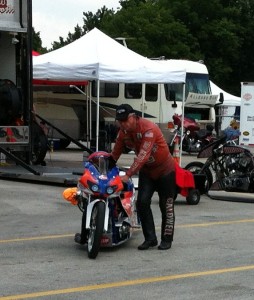 This is Caldwell’s second consecutive AMRA win placing him 35 points out of 1st place in Pro Gas.

We are working hard to make 2013 another great year for OLD GUYS DO RULE RACING,  with 2 wins and one runner-up to date.