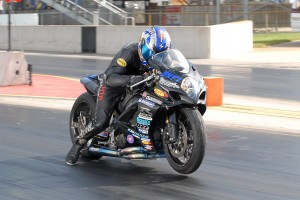 “We are happy to continue our support of the MIROCK series and happy to announce that we are increasing our payouts,” said Brock Davidson. “Contingency postings allow us to show support for our racers and the sport of motorcycle drag racing in general.  We are lucky to be in a position to contribute in this fashion, and we are glad to do it.”

Brock’s Performance is posting contingency across the board in ALL CLASSES for both their Performance Exhaust Systems and BST Carbon Fiber Wheels.

To qualify for the BST Wheel contingency, the rider must have BST/Brock decals on both sides of the bike.  The full contingency of $150/$75 is paid to racers with two BST wheels on the bike.  Having only one wheel on the bike still qualifies for half of the payout.

“We have been supporting the MIROCK race series for four years now,” continued Brock.  “They are an established, championship series and they showcase national-level competition.  Both MIR and Rockingham have a loyal following of racers and have proven that they care as much about the racers as we do.”

The 2011 MIROCK series kick off with the Honda-Suzuki of Sanford Spring Bike Open at Rockingham Dragway.  Check out the MIROCK web site at www.MIRockRacing.com.