The Atlanta Dragway has been good to Angelle Sampey, winning four times at the Commerce, GA facility. This weekend when the three-time NHRA Pro Stock Motorcycle Champion hops aboard her Star Racing Buell she will be looking to win her 42nd career title and fifth at the NHRA Summit Southern Nationals. 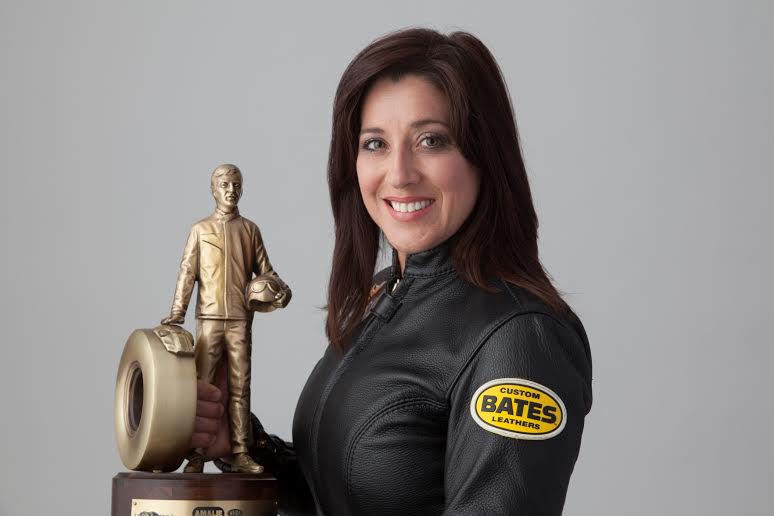 “I‘ve had great success in Atlanta and nothing would make me happier than to get one step closer to Dave Shultz’s all time win record of 45 in our division, “stated Sampey. “It took me a little longer to get back to championship caliber racing form than I had hoped, but after our test last week I am feeling good about our chances.”

Angelle is currently tied for sixth in the 2015 Pro Stock Motorcycle points race but understands that a win could set her up for a run for the championship. Sampey and her Star Racing S&S powered Buell have been fast in qualifying, 2nd in Gainesville and 3rd at Charlotte, but gremlins kept the winningest female in NHRA history from top finishes.

“The bike has been fast and I feel like we are getting into form,” added the Louisiana native. “I just needed seat time. The bikes are faster and the more runs I get the better I will be. Being back at a track where I have had so much success has our whole team excited about the Summit Southern Nationals.”

“Our Star Racing team has been working hard to give Angelle the best equipment she can race,” stated team owner George Bryce. “We found a few things after Charlotte and Ken Johnson and the guys in our shop have been working day and night to find that extra edge.”

From Dinner to Winner - RS Motorsports Qualifies No. 1 and Wins at MDIR