From Dinner to Winner – RS Motorsports Qualifies No. 1 and Wins at MDIR

International Raceway without a ride in the class. Bike owner Roger Starrette had

decided he was sitting out the Maryland commute this season, and his trailer full

of race bikes was parked at his South Carolina home.

qualifying at MDIR had been postponed by rain until Sunday. His heartstrings

pulled, the wheels in his brain turning, and Starrette had only to turn the wheel on

his truck to change his dinner plans. One U-turn and an overnight drive later and

he was unloading the trailer in Maryland.

Hayabusa, Starrette qualified number one with a 7.85 and Teasley qualified third

behind Rickey Gadson. But Starrette scattered Merks’ motor all over the track on

semi to set up the final with “Super Dave” Stewart, who was way late at the tree

and came up short on the big end against the champ and his nitrous-huffing, 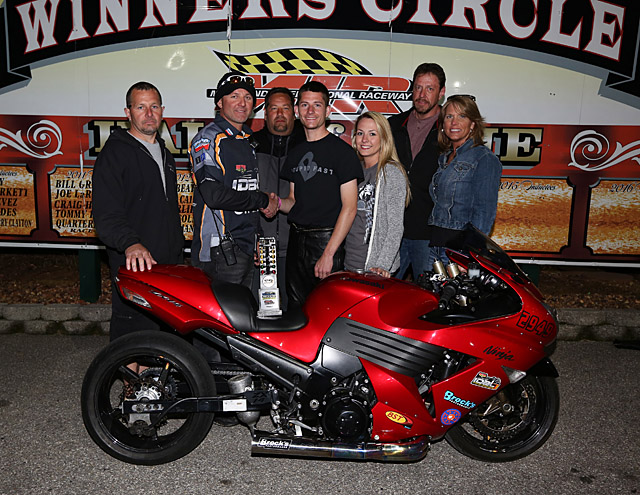