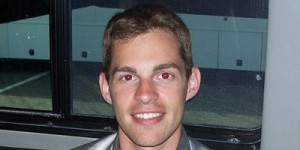 Screamin’ Eagle Harley-Davidson rider Andrew Hines’ fifth NHRA final-round win of the season may have been his most important, yet also his easiest.

The former three-time series champion enjoyed a competition single in the final when Steve Johnson encountered mechanical issues on his Suzuki at NHRA’s second of six playoff races,  the AAA Texas  Fall Nationals, Sept 19-21 at the Texas Motorplex. The 37th victory of his career earned Hines a 21 point lead in the standings.

“We changed a bunch of stuff, hard parts, key strokes in the computer, and it finally all came together in that last qualifying session,” Hines said. “It got better and better, and we are starting to see the results and the e.t. on the board. I’ve been to three or four engines, and this one finally responded.”

Although one of the most successful racers in the class in terms of winning percentage, Hines has not won the season crown since 2006.  Could 2014 be the year of Andrew?

RS Dragbike Motorsports Own the Finals