Following the huge disappointment of the rained out Memphis TN event the Gulf Oil Drag Racing team made the
long trip to the inaugural Galot Motorsports Park event in North Carolina with hopes for better luck than the season
had provided to date.

The venue was not only new to the US Championship calendar, but was unique in that it was
an 1/8th mile track rather than the typical 1/4 mile the team (and their class peers) were used to. 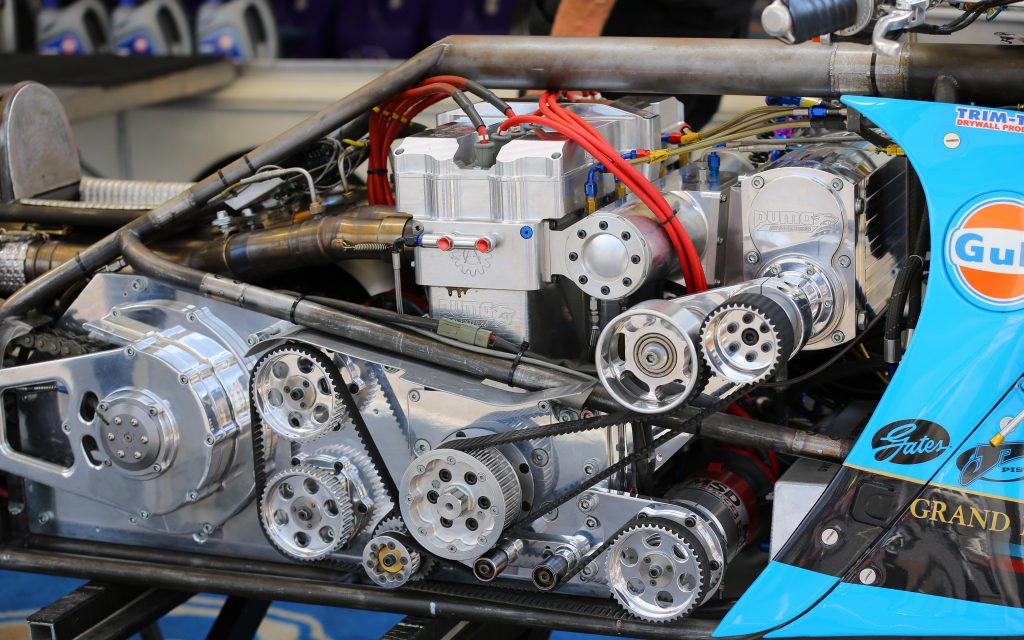 However, despite the impressive new facility and accommodating track staff the hot and steamy weather conditions
affected the ability of the track surface to cope with the 1500HP monsters in the class, and as a new venue the
teams struggled to find a base setting to exploit their full potential. 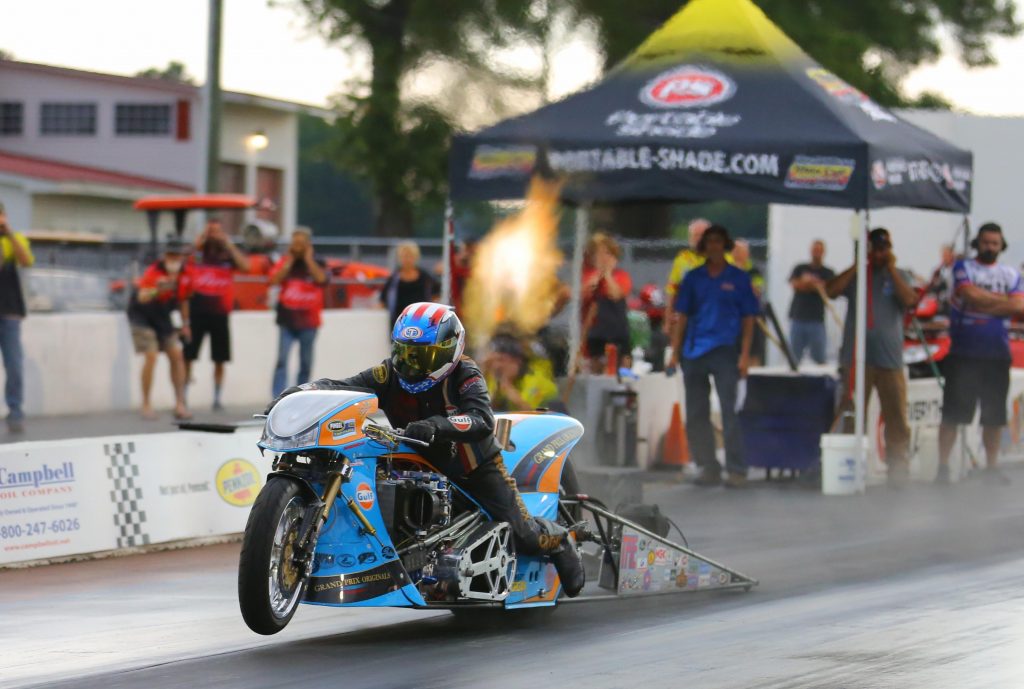 The first pair saw Ian King against Mitch Brown piloting the Denis Bradley Top Fuel motorcycle. King was first away
with a .146 reaction time to the tree and Mitch responded with a .223 to put him behind the curve out of the gate.
At the finish line King had extended his advantage over Brown with a 4.15secs to 4.50 for Brown to take the win.

On the other side of the ladder US Champion Larry McBride had earned a bye-run and it was fortunate as he lit the
tyre on the launch and had to get out of the throttle right away. 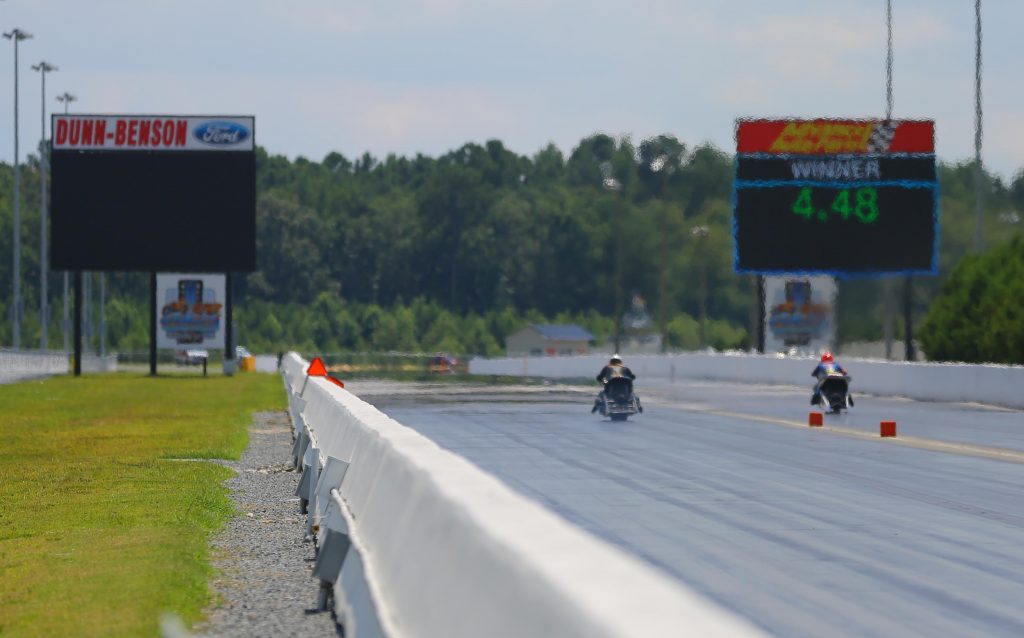 King had lane choice for the semi finals against McBride and a great drag race ensued with King losing traction
immediately at the hit, and then chasing down McBride who also suffered loss of traction further down track.
McBride&#39;s momentum at the later traction loss prevailed and he just pipped King at the stripe first with a thrilling
and “oh so close” 4.48 to King’s 4.50.

The team move on to the next round at Rockingham Dragway, again in North Carolina with hope again for better
weather conditions and a track on which they can exploit their full potential.