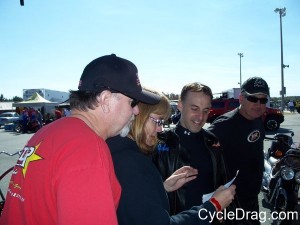 As always, the Star Racing team will be well represented at the Cup race. The Star truck and trailer will feature hundreds of high performance parts at great prices and a convenient location right on the midway.

The Star Racing team fully supports the efforts of the Manufacturers Cup group and looks forward to an exciting, prosperous season as more dates are announced later.

Make sure to visit the Star Racing website for more news