Silver for Ian King in NitrOlympX

The Gulf Oil Dragracing team entered the penultimate road of the FIM European Dragbike Championship with a slender lead over their closest rivals but experienced a less than smooth path towards their goal of securing another Championship crown due to a mixture of problems caused by organisational scheduling problems but, in the main, the competition stepping up their own performances. Standout and personal best marks were set by their main competition, Rikard Gustaffson of Sweden with a fine 6.02 seconds in eliminations and a stout 6.16 seconds from Holland’s Rene van den Berg to put the pressure on the current champion King.

However, qualifying saw King going into eliminations in number one position with a 6.12 seconds and a fortunate bye in round one when King struggled to stay in a straight line on the tricky cambered surface and hit the top end timing lights, a usual disqualification but by virtue of the bye run the win was awarded as per the rules when he broke the start beam under power.

King met fellow UK rider Stuart Crane in the semi-final and, although without lane choice due to the previous transgression, he comfortably overcame the Suzuki Funnybike with a troubled 6.30 second pass to progress into what he thought was a final against Rene van den Berg. 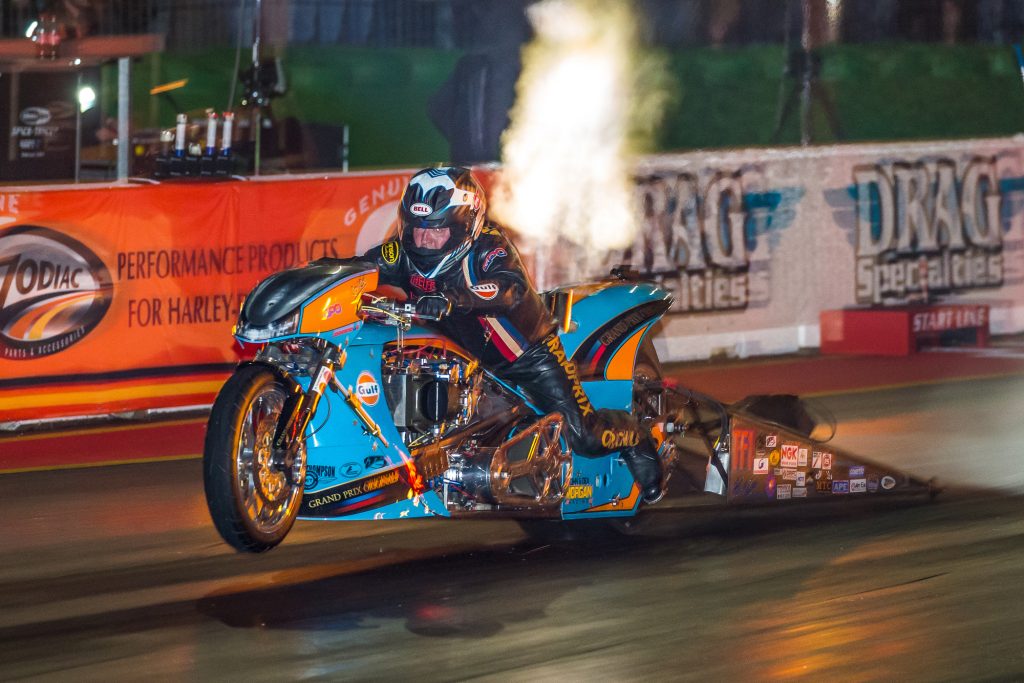 With the track curfew approaching the team had only 20 minutes to turn the bike around, feverishly servicing the clutch and refuelling before rushing to the start line without the possibility of the usual routine of warming up to check the management systems.

However, upon assembling in the start area ready for the final the Clerk of the Course and the FIM Jury President approached the pair to explain that a legal protest had been received regarding a faulty timing system in the semi-final between van den Berg and Rikard Gustaffson and that the particular semi-final would need to be rerun before King would know his eventual final opponent.

With time running out Gusttafsson was unable to get his bike to the line in time for the rerun and van den Berg was instructed by the start officials to take the green light under power for the win.

With minutes to spare the pair were told to start up for their final only to be held with the engines running for a long time as a timing block that had been dislodged in the previous run was replaced. After some time the teams were told to shut down their engines, only to be ordered to start up again soon after without the chance to refuel and let their engines cool down. 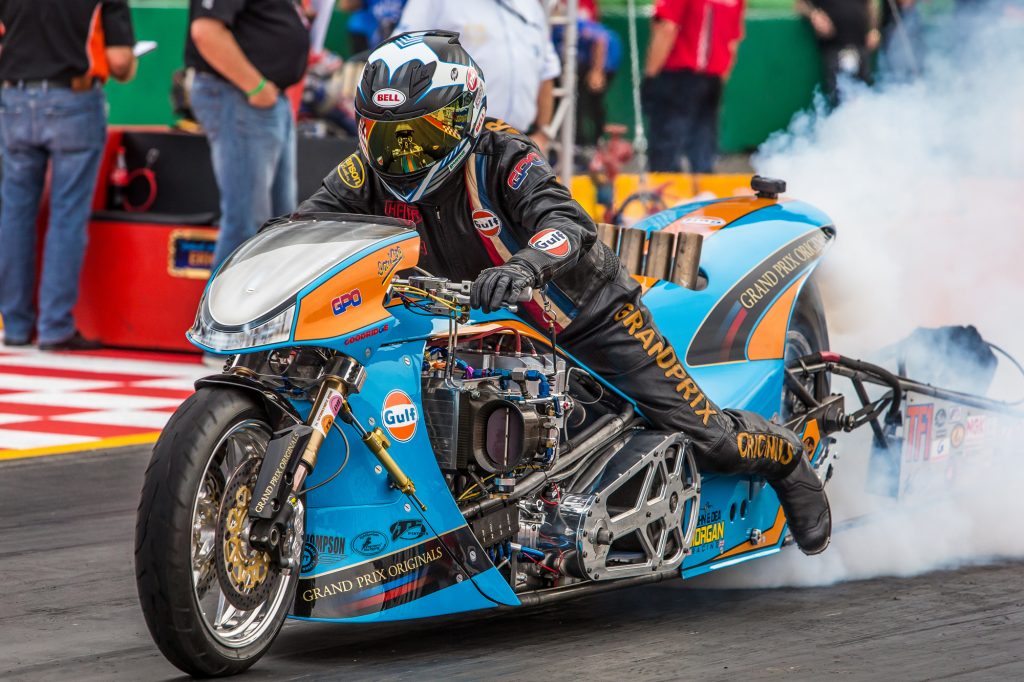 Unfortunately for King his engine was too hot, and a combination of low oil pressure due to oil dilution and a dragging clutch due to an overlooked clutch management engagement during the rush, King shut down and van den Berg took a solo for the event win.

All in all a less than satisfactory weekend despite the fact that King increased his championship points lead.

You can see the team in action in eliminations this weekend by virtue of Eurodragster’s live reporting and free webstreaming service by clicking here:

For more information on the team go to www.gulfoildragracing.com

For more information on Gulf Oil International go to www.gulfoilltd.com

The Gulf Oil – GPO Dragracing team uses and endorses exclusively Gulf Oil greases and lubricants in their history making machine.  The team is extremely proud to be supported by many leaders in their chosen markets in their endeavours to secure a 10th European Championship:-