The drag bike that earned Ray Price the 1979-‘80 NHRA championship is on display during a special summer exhibition at Milwaukee’s Harley-Davidson Museum. “Drag Racing: America’s Fast Time” runs through September 5, 2016.

Motorsports racing legend and hall of famer Ray Price continues to make his mark on the drag racing community in a special exhibit at the Harley-Davidson Museum in Milwaukee. Price’s 1975 modified Sportster drag bike is displayed alongside other historic automobiles and motorcycles as part of a special summer exhibit that runs through September 5. “Drag Racing: America’s Fast Time” explores this country’s fascination with speed and how drag racing has permeated pop culture. Visitors can trace drag racing’s roots from America’s back roads and airport runways of post-World War II to the high-tech raceways of today. 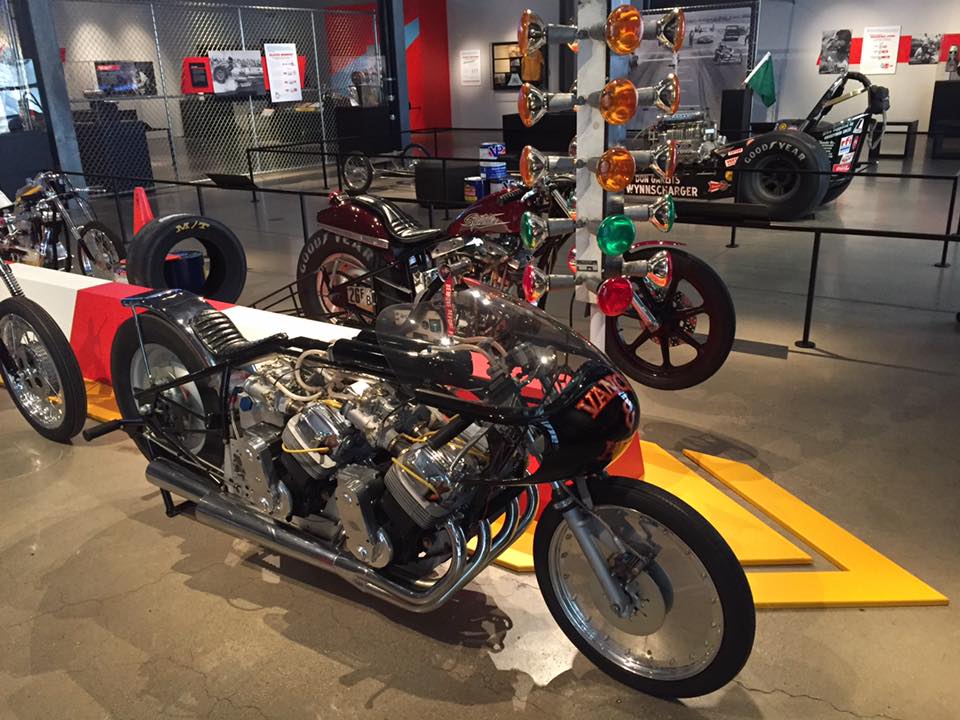 “This is a wonderful museum exhibit that demonstrates Ray’s love of drag racing motorcycles,” said Mark Hendrix, general manager of Ray Price, Inc. Price’s historic drag bike and racing gear were transported from Raleigh to Milwaukee to be showcased alongside hot rods from Don Garlits and artwork from Von Dutch, among many others. 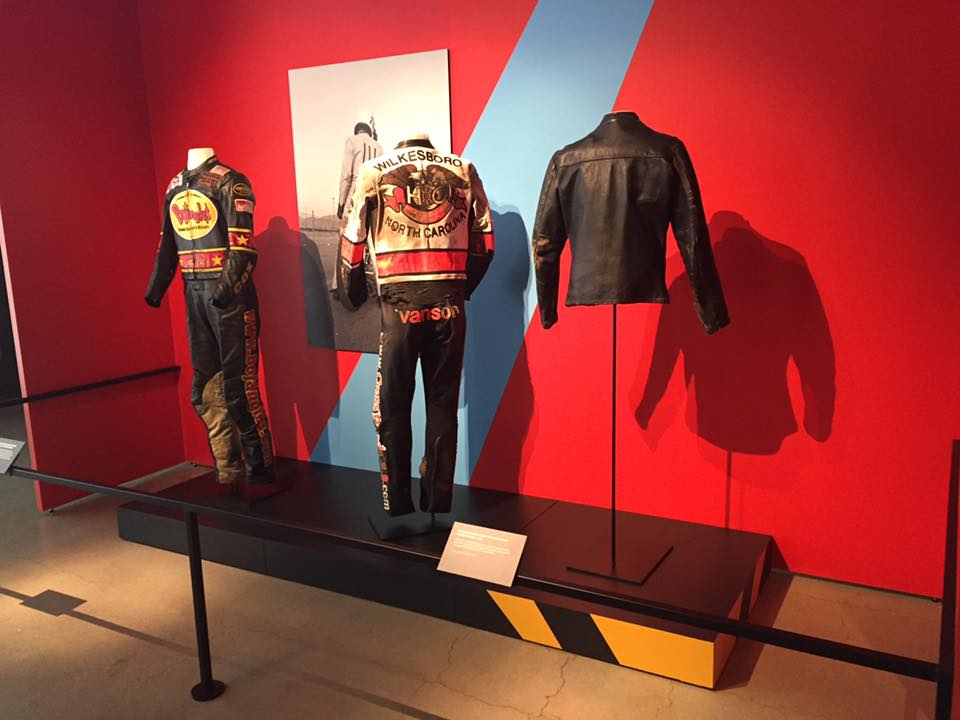 The exhibit creates a timeline of five decades of gassers, hot rods and motorcycle drag racing history. Artifacts were gathered through a collaboration between the Harley-Davidson Motor Company and the National Hot Rod Association (NHRA). The exhibit enables visitors to trace drag racing’s back-road and often illegal early days up to the high-powered drag strips of today. 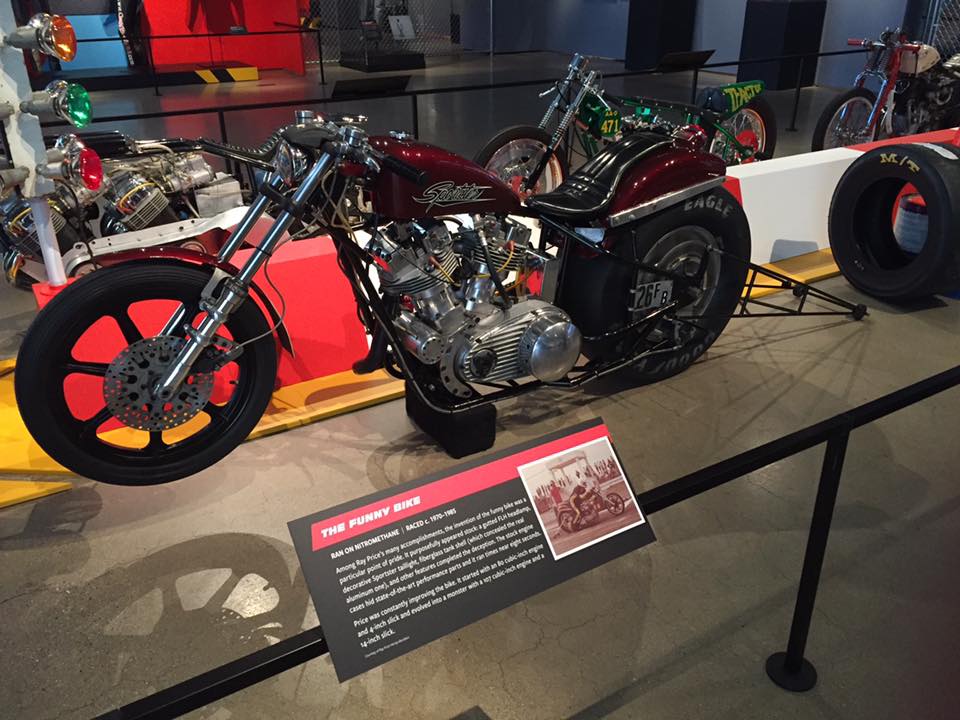 Price’s 1975 Sportster in the exhibit features a 107 cubic-inch engine with 450 horsepower, capable of top speeds exceeding 182 miles per hour. He won the 1979-‘80 NHRA championship riding the drag bike.

A native of Johnston County, N.C., Price served in the Air Force in the 1950s before becoming a motorcycle drag racer. Known as the “Father of the Funny Bike,” he won three national championships and set 51 speed records. Price was renowned in the international drag racing community for his competitiveness and his innovations to boost power and improve safety.

“We’re honored to have two iconic American institutions pay tribute to Ray’s impact on the sport of drag racing by displaying his drag bike, racing uniform and stories behind his many innovations,” said Hendrix.

Price raced exclusively on Harley Davidson motorcycles from the 1960s to the 2000s. Of his many inventions in the Funny Bike class, he designed the first wheelie bar for motorcycle drag racing and also created the current style of two-speed racing transmission.

He was also known for his friendly demeanor in the garage, helping fellow race teams boost their drag bike performance. Up until his death in December 2015, Price helped the NHRA to fuel the popularity of motorcycle drag racing and was the founder of the Top Fuel Harley Racers Association.