Mother Nature strikes again as the IHRA Mopar Nationals Nitro Jam event has been postponed due to rain.

The Environment Canada is calling for one to two inches of rain in the area and has issued a warning to the local residents. The Mopar Nationals has been rescheduled for August 15 – 16, 2015. 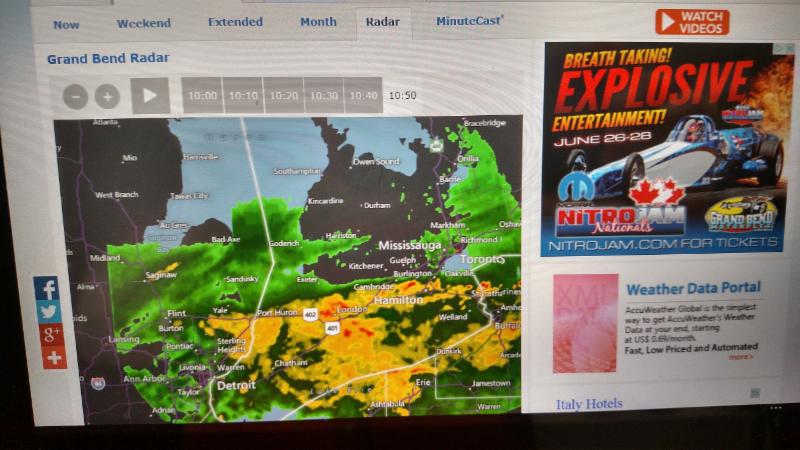 Racers and fans please keep your wristbands and tickets. They will be good for the rescheduled August date or for the 2016 event at Grand Bend Motorplex. All classes will remain open for competitors.

Thank you to all the fans, racers and crew for attending and the IHRA is looking forward to returning under sunny skies in August for the Mopar Nationals.

Prior to the rain out local Nitro Harley favorite, Mike Pelrine took the top spot in the first round of qualifying. The Fort Saskatchewan native had a 6.61 at 208.96 mph. Second-place qualifier and IHRA regular, Jay Turner was second with a 6.63 204 mph pass.

Mike Pelrine Qualifies No. 1 at IHRA Nitro Jam from Canada

Must See, Must Have Motorcycle Wheels and Hubs from Rad Manufacturing