It has already been more than ten years since Peggy Llewellyn became the first woman of color in the world to win a professional motorsports event, collecting a coveted NHRA Wally in the Pro Stock Motorcycle class.

“What is so interesting about my historic win is that I set a goal to qualify at each race, win an event, and finish in the top 10,” explains Llewellyn. “I never thought I would win, and it be history-making. I felt accomplished.” 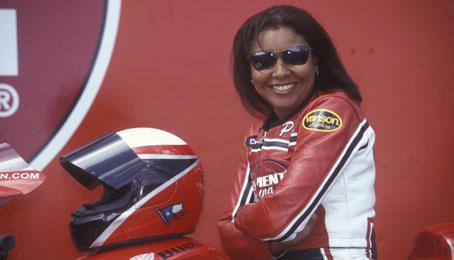 On September 23, 2007, Llewellyn, of Jamaican and Mexican descent, won the NHRA O’Reilly Fall Nationals in Dallas, earning her an appearance in the inaugural Countdown.

Llewellyn ran an elapsed time of 7.020 seconds at 190.00 mph to beat Andrew Hines in the finals, while knocking Craig Treble out of the number four position to make it into the inaugural countdown competition. She was the only female to make it into the countdown, finishing fourth for the season.

Llewellyn said, “To this day, I am not able to wrap my head around its significance, because I did not just win the 2007 Dallas Fall Nationals, I was the first woman of color to win a professional motor sports event!  The accomplishment still stands today, a decade later.   I did not set out to be a first, but opportunity, talent and determination all converged and created the history making moment on that day.”

The eight year professional motorcyclist ran an abbreviated season in 2008 where she advanced to the semifinals in Denver, finishing the season qualifying five of six races.  Since this time while working in real estate, getting her niece off to college, caring for mother as she battled breast cancer, and completing her college degree in business administration from the University of Phoenix had been her focus.  She has not retired from racing and has not ruled out getting back on the track in the near future. 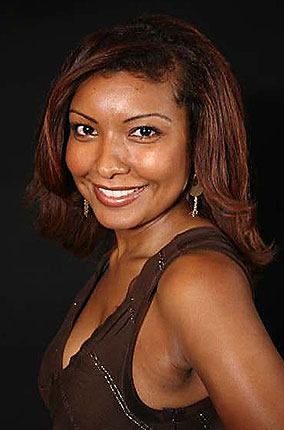 “Going racing is not over for me.  My lesson in 10 years is racing is it is just one aspect of the process that only lasts 6 seconds.  There is a business side, brand development, compensation etc., and you have a say on all of the aspects in terms of how it will be used either for your benefit or otherwise.  I encourage young girls to follow their dreams and know how important their voices are.   Your voice is to be heard. If no one is willing to listen, keep talking and talking louder, more frequently, to follow your dreams.   In the end, as history has noted, I am a first and that can never be taken away from me, but I want to see a second, a third, up to hundreds or more for which I am dedicated.”