With championships on the line, the high-stakes action of the NHRA Mello Yello Drag Racing Series will reach thrilling levels at the penultimate race of the 2019 season and the Mello Yello Countdown to the Championship, the Dodge NHRA Nationals Presented By Pennzoil, which takes place Oct. 31-Nov. 3 at The Strip at Las Vegas Motor Speedway.

The championship intensity will be apparent as all the stars in Top Fuel, Funny Car, Pro Stock and Pro Stock Motorcycle go all-in at one of the last stops of the season. The heart-pounding, 11,000-horsepower action includes the new and thrilling NHRA Prime Time qualifying during the second session on Friday. Drivers perform a burnout to their favorite jams played by an on-site DJ and the festive scene in Las Vegas provides the perfect backdrop. From there, the action will continue to be must-see as drivers look to leave their championship mark in the city of bright lights.

Hector Arana Jr. has struggled to open the Mello Yello Countdown to the Championship in Pro Stock Motorcycle and will look to finish his season on a good note. Points leader Andrew Hines hopes his year ends with a sixth world title.

NHRA fans can take part in the Mello Yello Walking Tour to see the cars and teams hard at work in the pits. Fans can also attend Pro Stock School and Nitro School to learn how the cars operate and reach their thrilling speeds. The Strip at Las Vegas Motor Speedway will also host a Mello Yello autograph session and allow fans to meet their favorite drivers as well as the Sealmaster Track Walk hosted by NHRA announcer Joe Castello. Another can’t-miss experience is the winner’s circle celebration on Sunday after racing concludes. NHRA fans are invited to congratulate the winners of the event as they celebrate their victories. 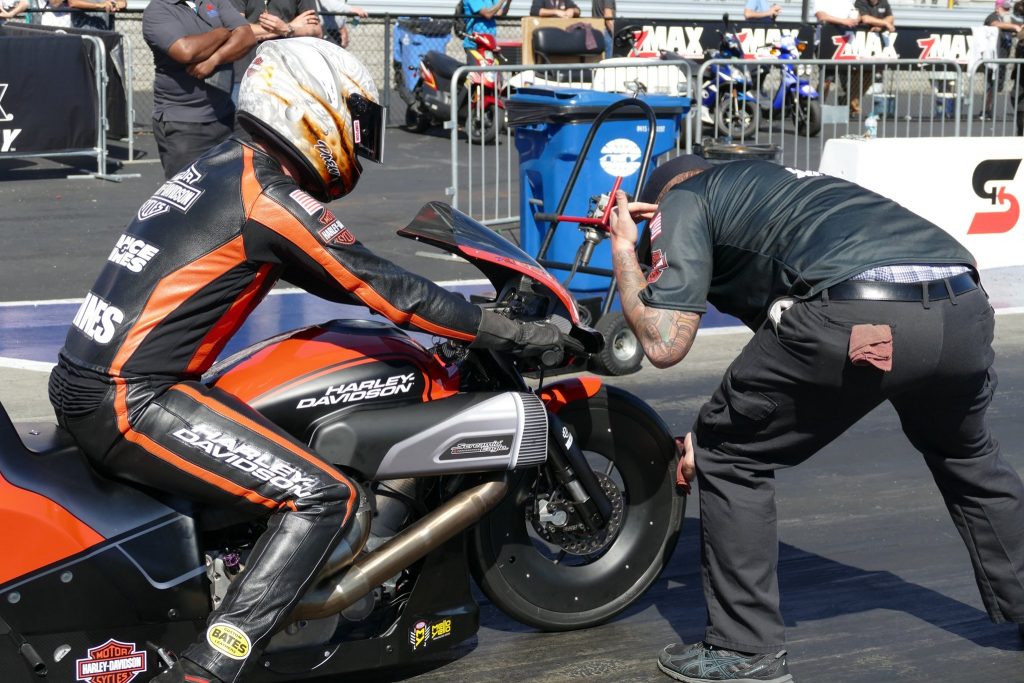 As always, fans can interact with their favorite drivers as they’re granted an exclusive pit pass to the most powerful and sensory-filled motorsports attraction on the planet. This unique opportunity gives fans direct access to the teams, allowing them to see firsthand the highly-skilled mechanics service their hot rods between rounds, and get autographs from their favorite NHRA drivers.
Fans also will want to visit NHRA’s popular Nitro Alley and Manufacturers Midway, where sponsors and race vendors create a carnival atmosphere, with interactive displays, simulated competitions, merchandise, food and fun for the entire family.
Mello Yello Drag Racing Series qualifying will feature two rounds at 12:45 and 3:15 p.m. on Friday, Nov. 1, and the final two rounds of qualifying on Saturday, Nov. 2, at 12:45 and 3:30 p.m. Final eliminations are scheduled for 11 a.m. on Sunday, Nov. 3.