Upon crowning three new champions at an electrifying 2018 season finale in Las Vegas on May 5, Monster Energy AMA Supercross, an FIM World Championship, experienced a record-setting season of spectacular, edge-of-your seat racing that resulted in impressive growth across live attendance, television viewership, digital engagement and international fandom for the most competitive and highest-profile off-road motorcycle racing championship in the world.

Following the retirement of four-time 450SX Class champion, Ryan Dungey, in 2017, the 2018 Monster Energy Supercross season opened the door for a potential first-time premier-class champion to emerge. At the first round in Anaheim, Red Bull KTM Factory Racing’s Marvin Musquin, fresh off winning $1 million at the Monster Energy Cup in October 2017, landed his first win of the season and was off to an early point lead until an injury forced him to sit out at Round 2, where the chances for a championship from Rockstar Energy Husqvarna’s Jason Anderson took off. Anderson captured his first of four wins at Round 2 and was the one to watch as he only finished outside of the top five twice in 17 races.

Meanwhile, one of the sport’s most buzzed about athletes, Ken Roczen, became who fans envisioned to end up a first-time champion after making the greatest comeback in Supercross history, until his season-ending mix-up at Round 6. One of the league’s other biggest stars, Eli Tomac, racked up nearly twice as many wins, compared to any other athlete, through 17 races and also became the first-ever Monster Energy Supercross Triple Crown Champion. However, he was equally lauded by misfortune and tension on the track that took its eventual toll on his championship run.

The 2018 season would come down to the finale in Las Vegas for the 450SX Class and both regions of the 250SX Class and resulted in the most action-packed, must-watch moments in the sport’s recent history, and it didn’t take long for fans to catch on. This year achieved increases in live attendance, entertaining nearly 1 million fans with sellouts recorded at Anaheim 1 and 2 and a record-setting 60,000 fans at Atlanta’s brand-new Mercedes-Benz Stadium. Premium on-track seating aimed at attracting celebrities and fans craving unique experiences will continue to be expanded from four races to all 17 races and the Monster Energy Cup for the 2019 season. 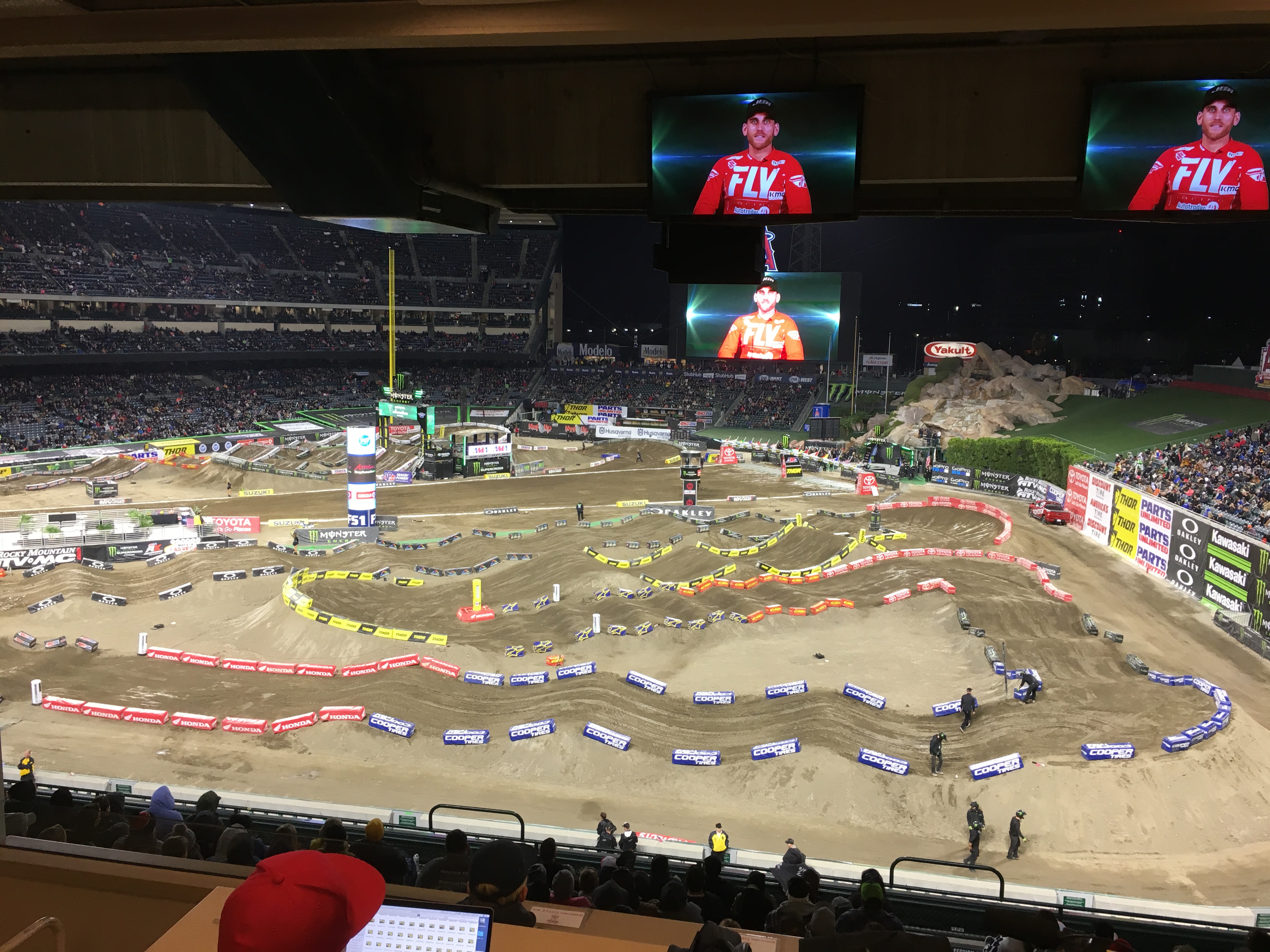 As Monster Energy Supercross continues to celebrate major milestones, the unveiling of Supercross Futures, an AMA Amateur National Championship, will transition AMSOIL Arenacross into the new Supercross Futures amateur events as we continue to improve the overall quality of Supercross. Building upon the success of 2018’s four Supercross Amateur Racing events, which averaged over 700 entries, the ground-breaking Supercross Futures concept will introduce eight amateur racing events in 2019 and provide greater access to the sport’s largest stage to further hone their skills on full-size Supercross tracks, while also allowing top amateur athletes to earn Road to Supercross points toward their professional AMA Supercross license.

“This season’s legendary battles on the track led to record growth across the board for Monster Energy Supercross,” noted Nicole Feld, Executive Vice President, Feld Entertainment, Inc. “From live attendance growth to our largest television audience in 2018, we look forward to driving even greater momentum in 2019 with our partners and athletes by producing an even better, even more competitive stadium racing landscape.”

The first edition of Monster Energy Supercross, the official video game achieved rapid growth with 2.5 million interactions per week since its February 2018 launch. Digitally, the @SupercrossLIVE Facebook, Instagram, Twitter and Snapchat social platforms added over 1 million new followers since January 2017. In its second year, the Supercross Video Pass aired in 134 countries around the globe, further expanding Supercross’ international audience, which encompasses more than half of the sports’ fanbase.

In terms of industry firsts for the brand, Monster Energy Supercross brought the Supercross community together with the “This Shirt Saves Lives” movement that raised a record $100,000 to date benefitting St. Jude Children’s Research Hospital.

Additionally, Monster Energy Supercross garnered more mainstream press this season than any other in the sport’s history, with coverage from national outlets like ESPN, Forbes and E! News. The Rob Gronkowski press conference in Foxborough was the largest activation in Supercross history and earned over 1 billion media impressions spanning every major sports and news outlet.