The way Scotty Pollacheck sees it, he has a chance to score big in the NHRA Mello Yello Drag Racing Series at the upcoming 51st annual AMALIE Motor Oil NHRA Gatornationals, which takes place Sept. 25-27 at historic Gainesville Raceway.
Pro Stock Motorcycle’s Scotty Pollacheck may have more momentum than anyone entering the Gatornationals. The veteran earned his first career victory, qualified No. 1 and made his first 200 mph run, all at the U.S. Nationals. Things came together perfectly for a storybook weekend, but after tasing success on his Strustmasters.com EBR, Pollacheck doesn’t want it to end. He’ll head to Gainesville with the points lead and eager to race in the category’s first race outside of Indy during a wild and unprecedented 2020 season.
“There’s definitely a lot of excitement and Gainesville has always been one of the majors to me,” Pollacheck said. “ It’s just a great place and it’s truly exciting to go there coming off our first win. The bike has just been super consistent and working everywhere it needs to on the track. It’s just phenomenal to have a fast motorcycle like that. It gives you so much confidence. The competition in this class is so good, but Matt (Smith) is making great power with our engines, and we’re just in a really good spot heading to a premier place with great fans.”

The event will also feature the fourth race of the 2020 E3 Spark Plugs NHRA Pro Mod Drag Racing Series season. The race is presented by FuelTech, and the defending winner is Todd Tutterow, who knocked off reigning world champ Stevie “Fast” Jackson in the final round. The race also includes thrilling competition in the NHRA Lucas Oil Drag Racing Series, where future stars of the sport hone their skills, as well as the SAMTech.edu Factory Stock Showdown Drag Racing Series and the Mickey Thompson Tires Top Fuel Harley Series.

On Friday, after the conclusion of Lucas Oil Drag Racing Series qualifying, and Saturday after the final professional qualifier, the two-car jet dragster team from Larsen Motorsports will light up the night sky over Gainesville Raceway with a thrilling high-speed exhibition.
Mello Yello Drag Racing Series qualifying will feature two rounds at 11:45 a.m. and 4:00 p.m. on Saturday, Sept. 26. Final eliminations are scheduled for 11 a.m. on Sunday, Sept. 27. Television coverage includes qualifying action on FS1 at 5 p.m. on Saturday, Sept. 26 and live eliminations beginning at 2 p.m. on Sunday, Sept. 27 on FS1. 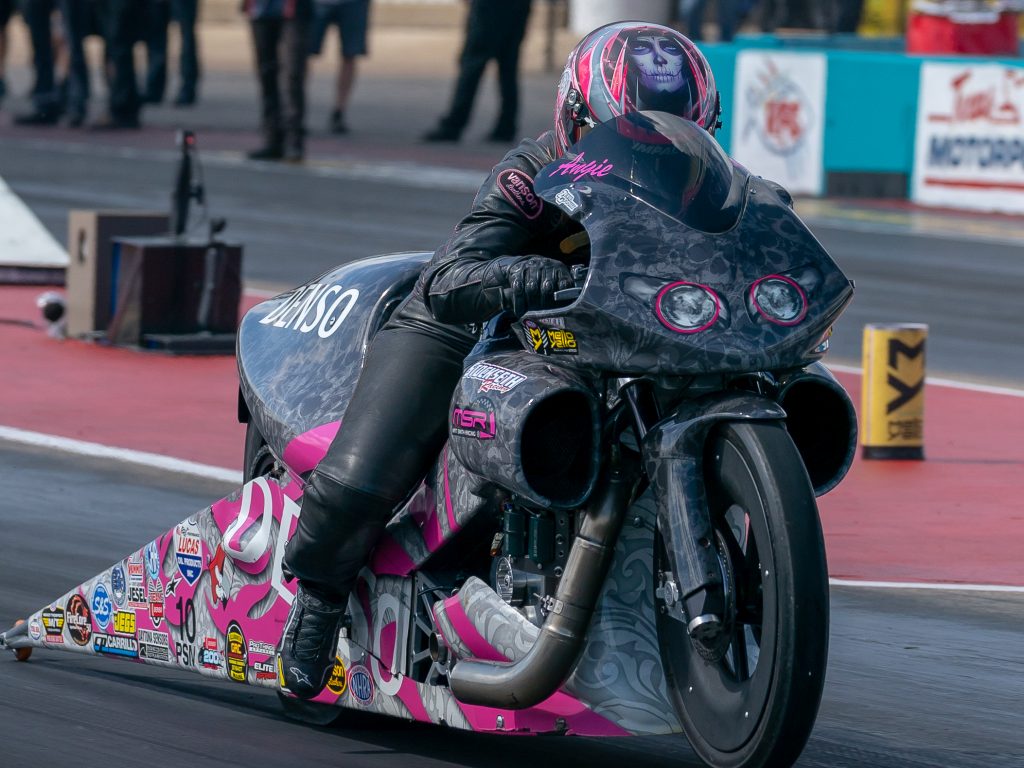 A limited number of tickets are on sale now for AMALIE Motor Oil NHRA Gatornationals. Tickets may be purchased by visiting NHRA.com or calling 800-884-NHRA.