After an impressive debut in 2022, fourth-generation racer Gaige Herrera has been added to the Vance & Hines Pro Stock Motorcycle team. Herrera, 29, will be paired with four-time world champion Eddie Krawiec aboard a pair of Suzuki Hayabusa entries tuned by six-time champion Andrew Hines. 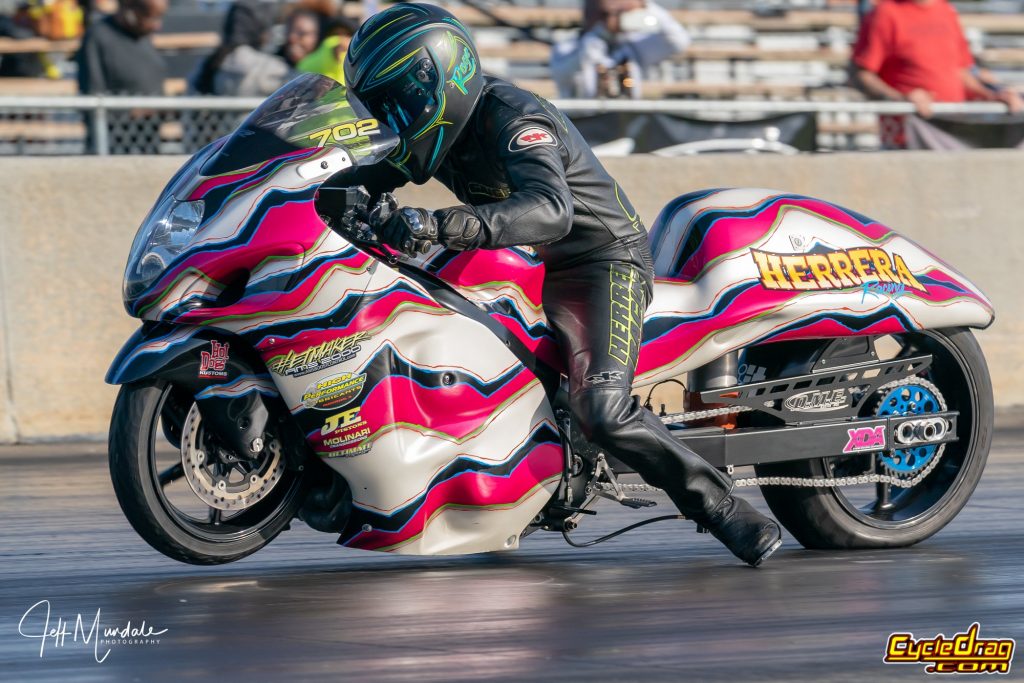 Herrera is a fourth-generation racer who has had success in XDA’s Pro Street and Outlaw racing classes, with multiple wins over the past several years. Herrera is also no stranger to fast bikes, having run in the 6.30s more than 200 mph. He is also a longtime Suzuki rider, holding the record for the fastest nitrous Suzuki Hayabusa in the country. 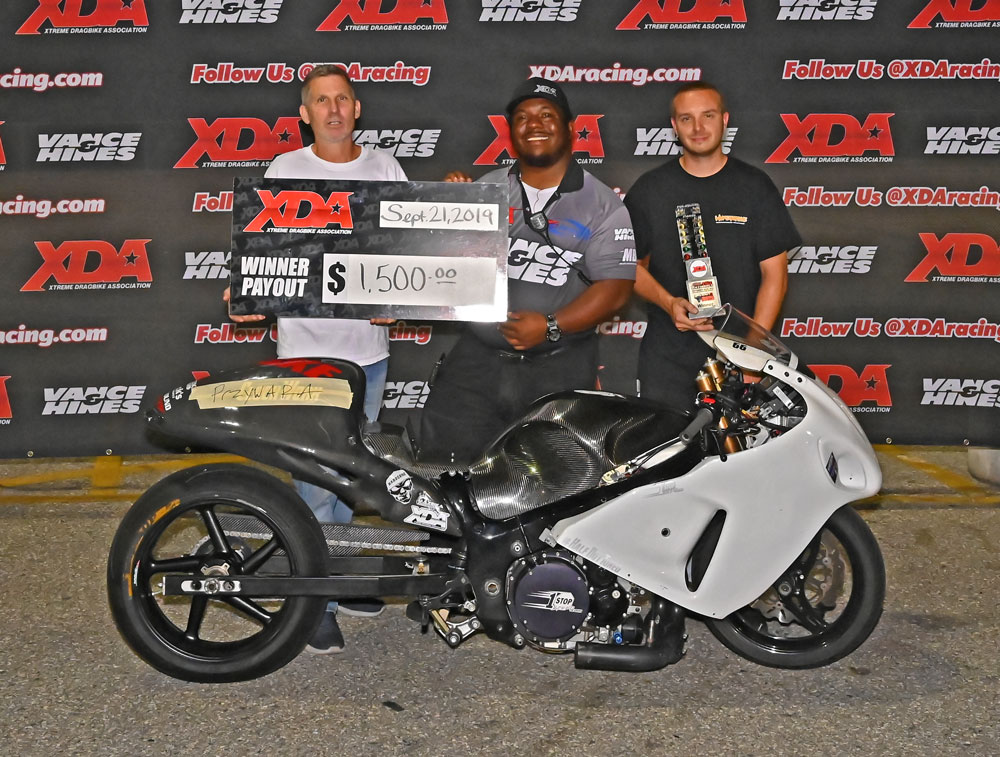 In 2022, Herrera made his NHRA debut and competed in six events, qualifying in four of them. Herrera impressed the Vance & Hines team when got an opportunity to ride Krawiec’s Suzuki during a Monday test session in Las Vegas last October.

“This is such a tremendous opportunity,” said Herrera. “I never expected to get a call with an invitation to join the Vance & Hines team, and when I told my dad [longtime drag racing fixture Augustine Herrera], he was as excited as me.”

“We love finding and supporting talented riders,” said Terry Vance, co-founder of Vance & Hines. “We have another guy on the team [Krawiec] that we hired before he had ever qualified for an NHRA Pro Stock Motorcycle race. That worked out really well.”

“This will be my second year on the Suzuki Hayabusa, and I’m ready for a big year for myself and for the team,” said Krawiec.

Andrew Hines, a six-time NHRA PSM champion, leads the team as crew chief again this year. Andrew is the son of Vance & Hines co-founder Byron Hines and has notched a record 56 race wins in the Pro Stock Motorcycle class.

“I watched Gaige’s first run at the U.S. Nationals and immediately knew this guy was something special. He’s a longtime Suzuki rider, and it was easy to see how confident he was on the bike,” said Andrew Hines. “I can’t wait to help him develop into a championship level rider in PSM on one of our bikes.”

Suzuki continues its partnership with the Vance & Hines team and will have a significant presence at several of the stops on the 2023 schedule. The Suzuki display will host rider autograph signings at most races, and Suzuki’s 2023 motorcycles will be on display for race attendees.

“We’re happy to continue our relationship with the Vance & Hines squad for 2023,” said Kerry Graeber, Suzuki Senior Vice President, Sales & Marketing. “We look to continue our shared history of success in NHRA Drag Racing and welcome Gaige to the team to pilot the legendary Hayabusa Pro Stock motorcycle alongside Eddie and crew chief Andrew.”