In 2017 Steve Huff and Larry Carrell took Steve’s concept e-Spec Racecars to the next level in a decision to make it electric and attempt to be the first ever 200mph electric dragster.  After 6 months of design and build, the affectionately named “Current Technology” dragster made its attempts and secured the fastest A/C electric title at 180.02mph.

When asked why a dyed in the wool Montana oil man would want to work with Steve Huff on a crazy electric car project, Larry Carrell said, “You might have to grow old, but you don’t have to act like it.”

For the last year, between Steve’s motorcycle accident and Larry’s family tragedy, the e-Spec Racecar was shelved. 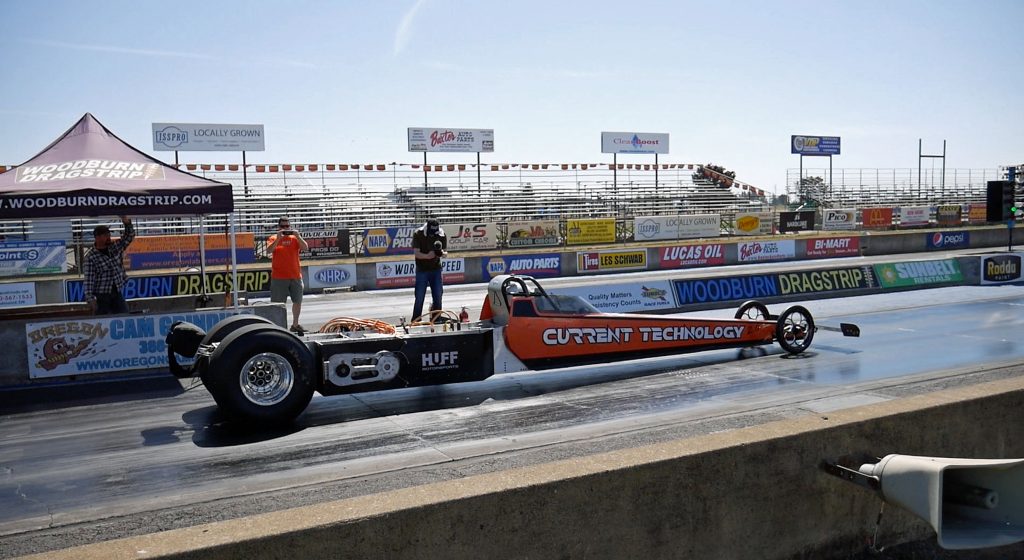 After spending a week on redesign and a week at the track, the team realized they needed a larger/stronger clutch.  All systems were working great, but the clutch couldn’t handle the power.

The team will be heading to California soon to attempt to become the first ever electric car to go over 200mph in the ¼ mile.

Steve says, “This project has proven to be a great education tool.  The public interest has been tremendous and I’ve really enjoyed working through so many challenges.  Garlits increased his record recently, but he is still chasing the 200mph goal just like us.  There can only be one first.”  When asked what the secret it to taking on such a big project and attempting something no one else has done, Steve replies, “Larry said it best, we will get this done the same way that you eat an elephant, one bite at a time.”