Eddie Krawiec rode to the Pro Stock Motorcycle win with his 6.858 pass at 196.90 on his Screamin’ Eagle / Vance & Hines Harley-Davidson to defeat Hector Arana Jr. and his Lucas Oil Buell’s 6.886 pass at 195.48 at the Chevrolet Performance U.S. Nationals, the world’s biggest drag race, at Lucas Oil Raceway at Indianapolis. 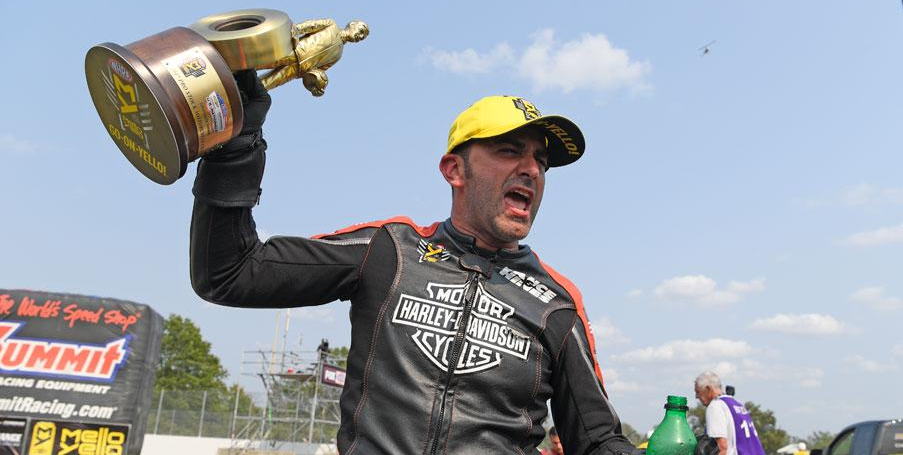 This was Krawiec’s second Chevrolet Performance U.S. Nationals victory, his third win of the season and 39th of his career.

“We had a great motorcycle all weekend long,” said Krawiec, who was the No. 1 qualifier. “We just needed to keep finessing it and get it better and better and better. I couldn’t be prouder of my crew that I got right now; everybody that puts forth the effort in our program. It’s been nonstop the last two weeks at our shop and for it all to come together and to celebrate here having half of our shop here, it’s just something special.”

The 2017 NHRA Mello Yello Drag Racing Series season continues Sept. 15-17 at zMAX Dragway with the 10th annual NHRA Carolina Nationals and the kickoff to the Countdown to the Championship.