The richest purse in grudge bike racing history, the $90K Kings of Grudge Grinchmas at Orlando Speed World drag way was bound to have some motorcycle drag racing fails, smack talk, fighting and controversy when 16 of the fastest, yet secretive, stretched nitrous Hayabusa, turbo Hayabusa, nitrous ZX14r, Turbo GSXR 1000, nitrous GSXR 1000 and more of the world’s fastest and meanest grudge drag racers went at it. The intensity went to a whole new level when Chris Moore of Moore Mafia was thrown out of competition after his first round win over the nephew of his rival Rickey Gadson, Richard Gadson on his nitrous Suzuki Hayabusa.

The recognized, but loosely interpreted rules of grudge racing state you can not enter with a motorcycle that has shown its time before. Chris Moore was coming off a 6.30 record performance on his turbo GSXR 1000 street tire bike known as “Black Mamba.” When Moore rolled out a turbo GSXR he calls “Melania” for first round, controversy and fighting erupted when some suspected Mamba and Melania were the same bike.

Rasheem Clark of Kings of Grudge made the decision to disqualify Moore when it appeared Moore swapped parts on the bikes. Moore argues it was only the turbo system and the exhaust system and said that certainly does not make a bike. Moore got tossed out and his team lost its $5,000 entry fee as Gadson was reinstated.

Tempers flared and arguing continued as racers, teams and race officials quibbled about rules in a series that does not have a publicly posted rule book. 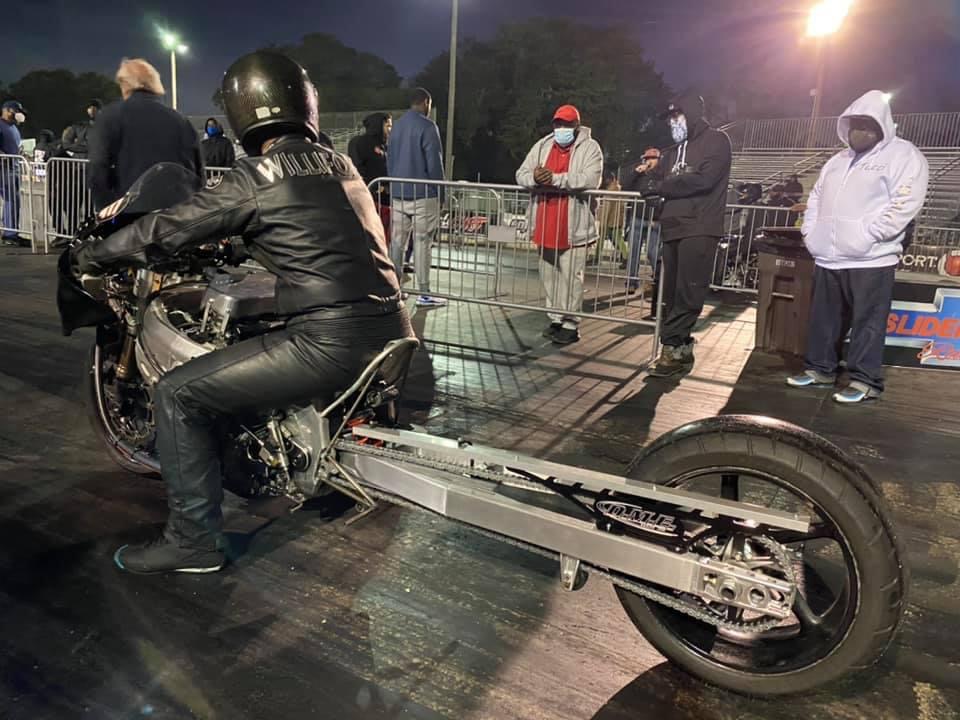 Fastest Grudge Bikes Show Out in Orlando for $90K