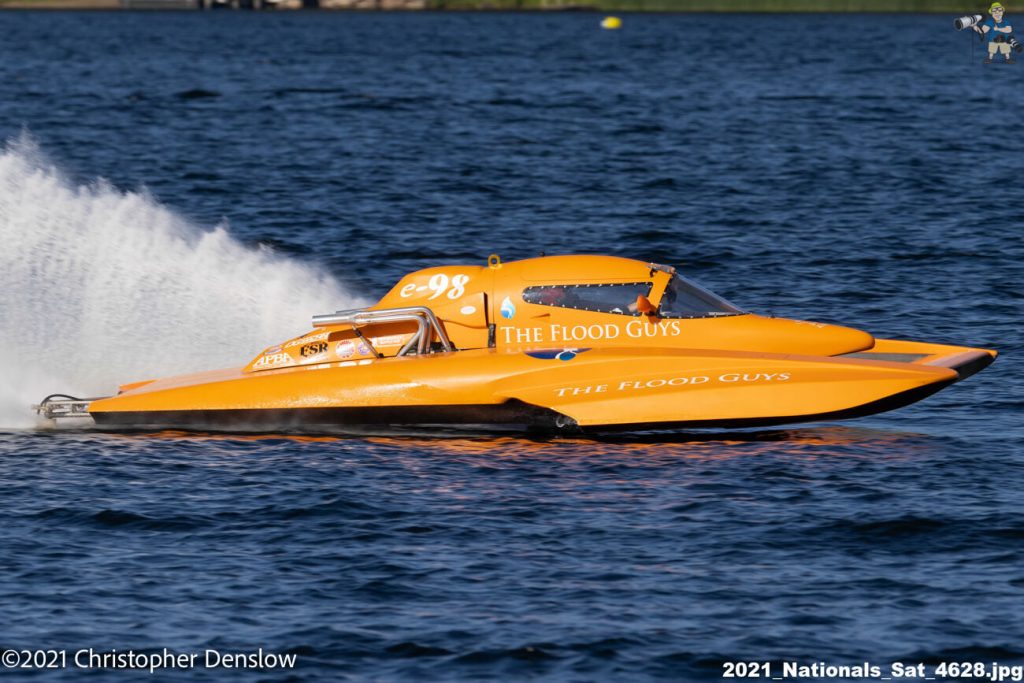 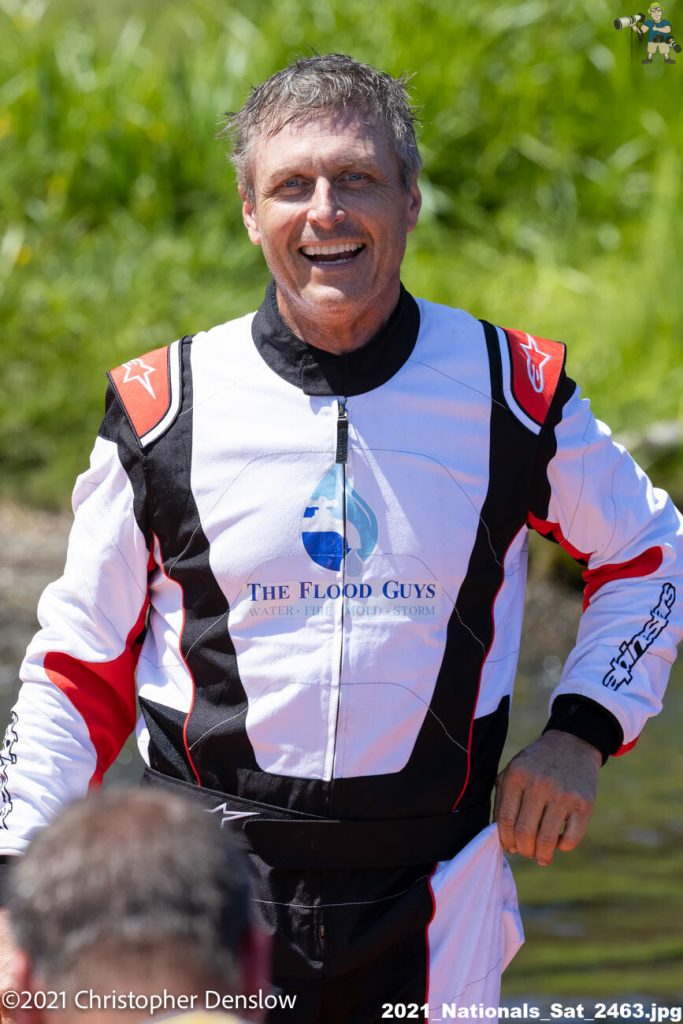 At speeds exceeding 120mph on a 1.25mi, 4 lap, race course, Steve Huff driver and owner of the The Flood Guys e98 hydroplane became the Summer Nationals champion while running out of fuel.

“Going into the last corner I could feel the engine chugging as it was starved for fuel, but just as we came out of Turn 2, it caught and I was all in, wing down, foot down, go, go, GO!!”  says very happy Steve Huff. 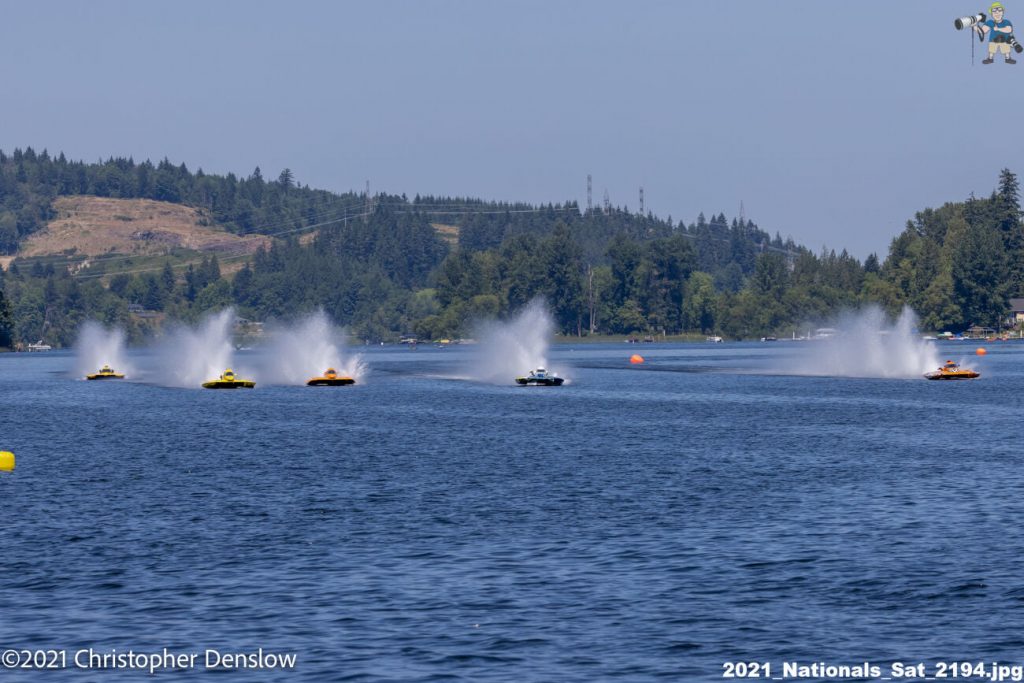 Steve is currently battling Stage 4 cancer, but refuses to let it affect his passion for racing.  “It is with the help and support of my amazing team of doctors at the Seattle Cancer Care Alliance and UW Medical Center that I’ve been able to move through treatment and still do what I love most.  My teammates and the entire racing community continue to support me along with our sponsor The Flood Guys.” says Steve.  “It’s a double win with starting and responding well to my immunotherapy and then to take the Summer National Championship over the weekend.  What more could a guy ask for?” 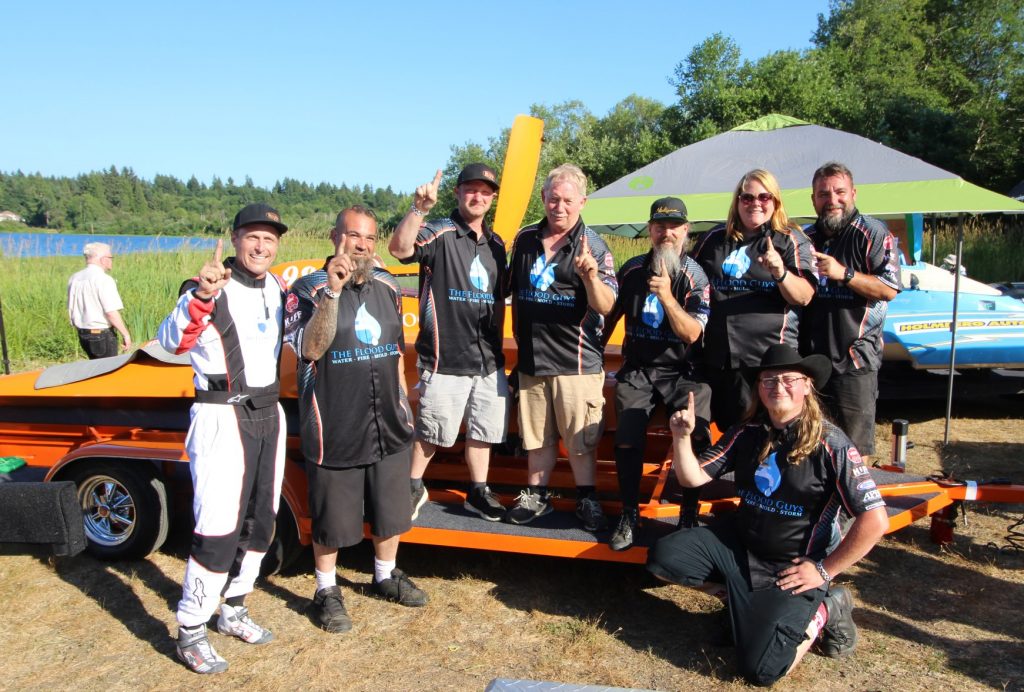 Look for Steve Huff Motorsports and all of the Region 10 Pro-Lite Hydroplane competitors racing at these upcoming events:

Follow Steve Huff Motorsports on www.SteveHuffMotorsports.com and on our social media pages.
History:
Black Lake Regatta is an annual event held at the Evergreen Shores in Olympia, WA on Black Lake, hosted by the Seattle Drag & Ski organization.
Bio:
Steve Huff is a 17 time speed record setting racer originally from Whidbey Island, he currently resides in SeaTac, WA.  Sept 22nd was officially named Steve Huff Motorsports day by the City of SeaTac in 2020 by declaration of the SeaTac City Council.  In November 2020, Steve was diagnosed with Stage 4 cancer and recently completed 3 rounds of radiation and 6 rounds of chemotherapy.  He is living and racing with cancer and recently began his immunotherapy treatment under the care and guidance of the Seattle Cancer Care Alliance (SCCA) and UW Medical Center.

Hottest Event of the 2021 XDA Season is Coming!