Both Dragway 42 and Maryland International have strong ties to the motorcycle drag racing world. Dragway 42 hosts a Man Cup event and MDIR is the home of the XDA.

Dragway 42, located in West Salem, Ohio, first opened in 1957. The facility underwent a complete ground-up restoration and reopening in 2017. Highlighted by the 1/4-mile drag strip, the multi-purpose facility hosts drag racing, autocross, truck and tractor pulls, as well as concerts and music festivals.

Part of the renovation included Musco Lighting throughout the grounds and bleacher seats that were used at Daytona International Speedway. Dragway 42 routinely attracts racers from neighboring states like West Virginia, Pennsylvania and Kentucky as well as Canada.

It has a strong IHRA Summit SuperSeries program and has hosted the IHRA Summit Sportsman Spectacular the past two seasons. 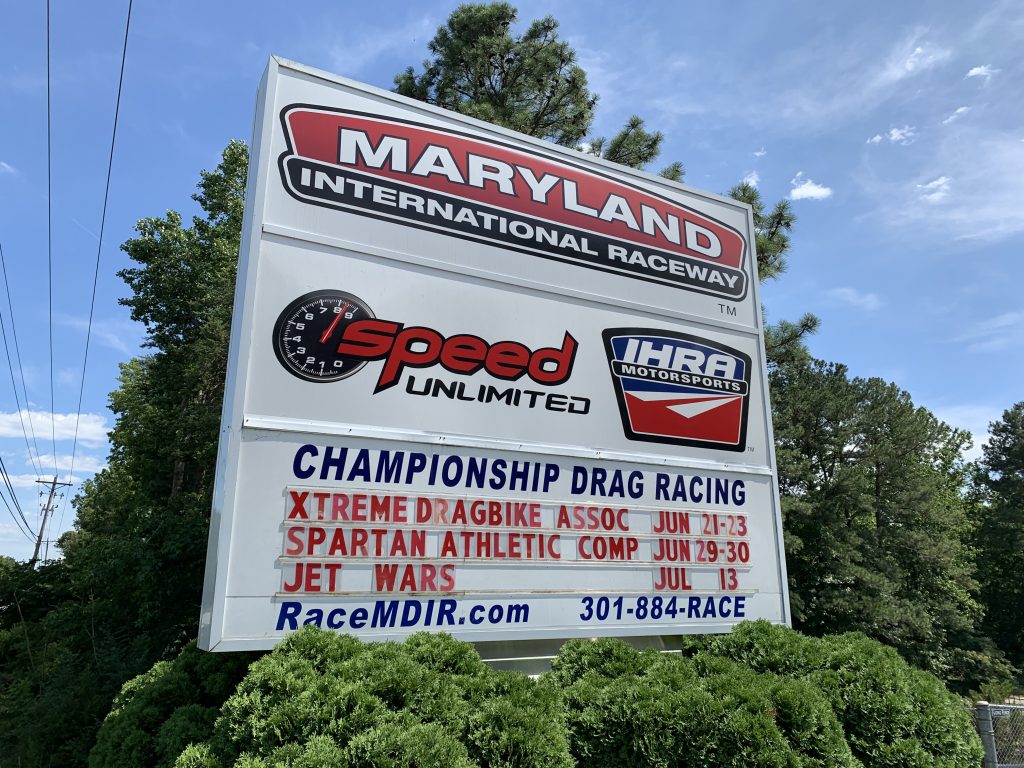 With only 80 feet elevation, many records have been set at the 1/4-mile track. It is the largest motorsports facility in Maryland and hosts more than 100 events annually, including some of the largest drag racing events on the East Coast.

It seats over 11,000 fans and has its own Jet Dryer with incredible track drying capabilities. In addition to its strong IHRA Summit SuperSeries program, Maryland International Raceway is home to some of the largest motorcycle drag racing events in the country.

PBIR features a tremendous IHRA Summit SuperSeries program, and with the great year-round weather, a multitude of special events. In 2019, legendary 17-time world champion “Big Daddy” Don Garlits set a world record for the fastest ever run in an electric-powered dragster.

It is another multi-purpose facility with a 2.2-mile FIA-certified road course, which has been used as an IndyCar testing track and currently serves as the Southern base for Bertil Roos Racing School. It is also the home to autocross, mud bog and has served as home for music festivals featuring such legendary acts as the Rolling Stones, Led Zeppelin and Eric Clapton.