Steve Johnson picked up his 10h career win and moved a step closer to his first world championship, rolling to the victory on Sunday at the Dodge//SRT NHRA Nationals presented by Pennzoil at The Strip at Las Vegas Motor Speedway.

Johnson had a huge turnaround this weekend in Las Vegas, staying alive in the championship hunt with a run of 6.869 at 195.11 on his USA Electric Mac Rak Suzuki in his final round against Karen Stoffer, who left too early.

After a miserable first-round loss at the most recent race in Bristol, Johnson bounced back in a major way, reaching the final round after defeating Charles Poskey, Angie Smith and Angelle Sampey. He then pulled off the win in the finals, picking up his third victory this season and ninth in the veteran’s career. Johnson also pulled within 20 points of Matt Smith with one race remaining in the 2021 campaign.

“It is very, very special to win this event, but it’s really about the championship,” Johnson said. “It took us 17 years to win our first national event and I’m a sucker for this sport. I really want to bring home a championship. I’d love to be a part of that championship fraternity and to be able to try to do it in our hometown is going to be really, really special.” 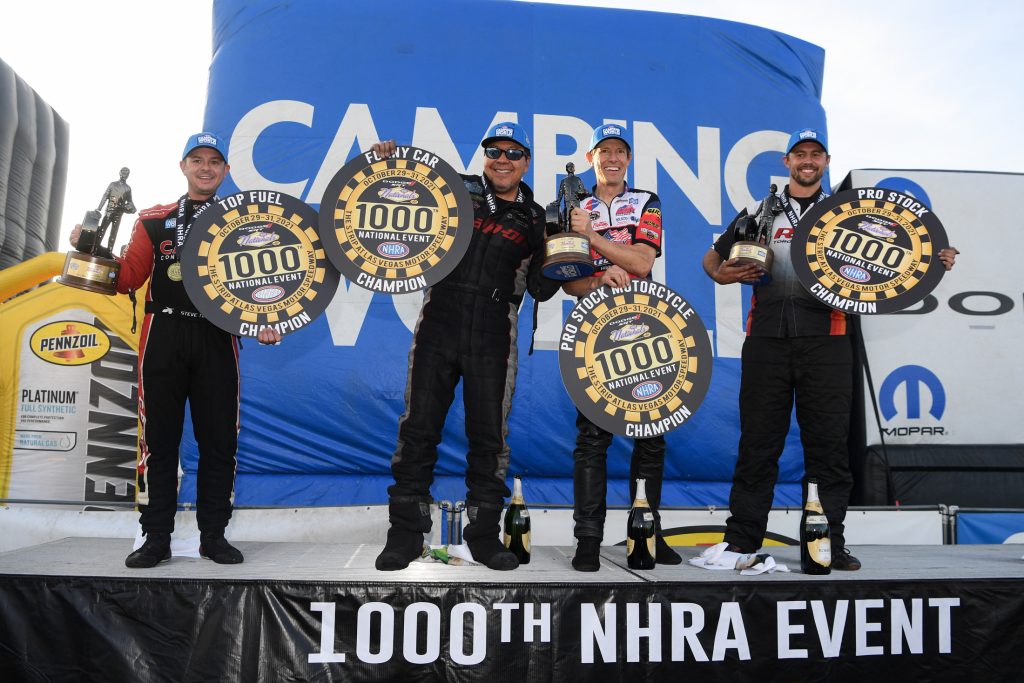 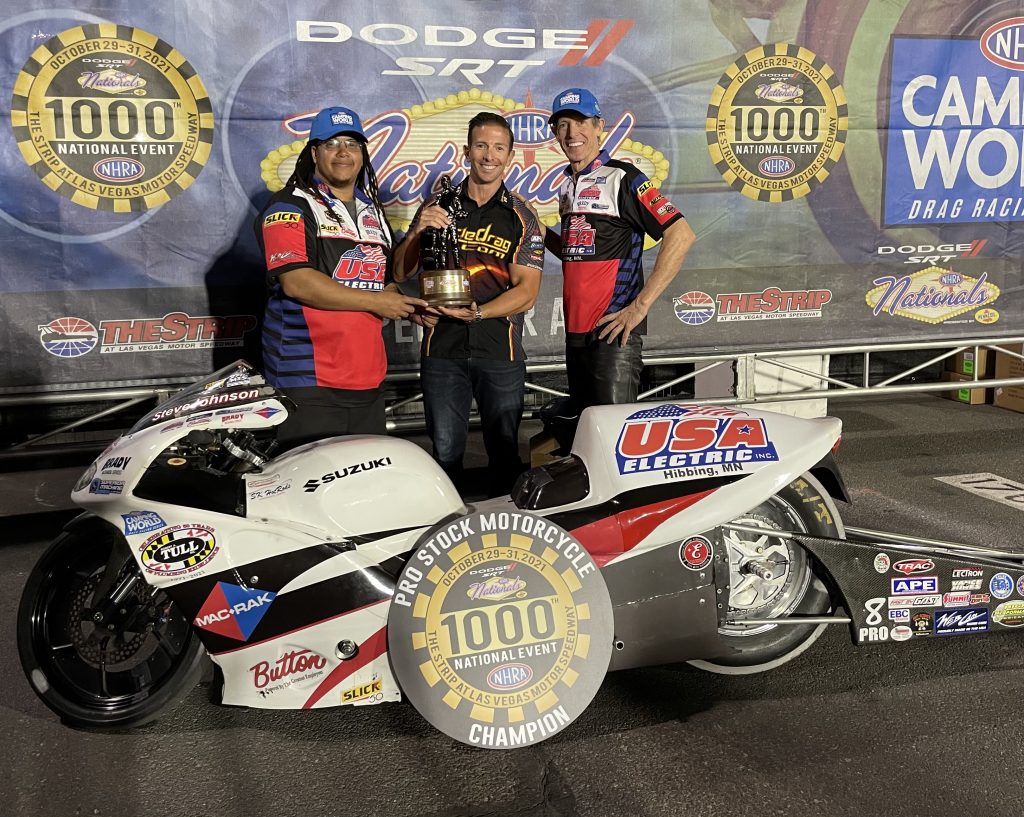 Stoffer reached the final round for the second straight race and 26th time in her career thanks to victories against Kelly Clontz, Jerry Savoie and M. Smith. Sampey also remains in championship contention, sitting 30 points behind Smith.
The NHRA Camping World Drag Racing Series closes out the 2021 season on Nov. 11-14 with the Auto Club NHRA Finals at Auto Club Raceway at Pomona.

It Comes Down to This: AHDRA at Gainesville