Steve Johnson enjoyed the best season of his NHRA Camping World Drag Racing Series career in 2021 and the resurgence all started with his spectacular performance in Pro Stock Motorcycle a year ago at zMAX Dragway.

Johnson impressed throughout the weekend and came through with his first victory in seven years, propelling a season filled with wins and a championship chase. Back at “the Bellagio of Dragstrips” for this weekend’s Circle K NHRA Four-Wide Nationals, Johnson has carried that momentum into 2022 as well.

The Pro Stock Motorcycle veteran won less than a week ago in Houston, setting the track record and making his first 200-mph run in the process, making him one of the favorites on his USA Electric Suzuki heading into the thrilling four-wide weekend.

“It was such a special race and we hadn’t won in a long time (heading into last year’s race),” Johnson said. “They say that vitamin C can cure a common cold, well, winning a race after seven years cures a lot, too. This is all I’ve ever wanted to do and I’m 100 percent grateful. We’ve just wanted to stay on this path and that’s basically what we’re doing since that win, but I’m always looking to try and find something else or ways to make the bike better. Winning in Houston definitely gives us confidence and shows that our recipe is good and we haven’t forgotten it.”

Steve Torrence (Top Fuel), John Force (Funny Car) and Johnson (Pro Stock Motorcycle) picked up wins last year in Charlotte and this year’s race will again be broadcast on Fox Sports 1 (FS1). It is the third race during the 2022 Pro Stock Motorcycle season and also the signature event at zMAX Dragway, giving fans the spectacular chance to watch four standouts in the two-wheeled category power down the track.

The performance in Houston was a welcome sign for Johnson, who struggled mightily at the opener in Gainesville. But he’s had the winning touch since his victory last year in Charlotte, where made the quickest run on a Suzuki at the time in class history and rode that wave to a victory at zMAX Dragway and two other races last year.

The class has a bevy of standouts, including points leader Karen Stoffer, defending world champion Matt Smith, Eddie Krawiec, Angelle Sampey and Angie Smith, but Johnson remains driven by constant improvement. He enjoyed that for most of the 2021 season and after a slow start last month, Johnson is head in the right direction approaching one of the most unique events in motorsports.

“Definitely running the race 4-5 times in your head before you get the track is an advantage,” Johnson said. “Going up there and watching the other classes run is definitely an advantage as well. But no matter how much you want to practice, the four-wide race is still the craziest format our sport has ever seen. Personally, I like it a lot, but you’re constantly learning and that’s what is exciting.”

Top Fuel’s Torrence will try for a fifth straight win at the four-wide event in Charlotte and in the process become the fifth different Top Fuel winner in 2022. To do so, he’ll have to get past the likes of points leader Brittany Force, who has back-to-back wins this year, Pomona winner Justin Ashley, Antron Brown, Phoenix winner Mike Salinas, Leah Pruett, Doug Kalitta, Tony Schumacher and Clay Millican.

Force is after his first win of the season in Funny Car, while everyone is chasing points leader Matt Hagan, who has wins in two of the past three races. Other top contenders in the loaded class include reigning world champ Ron Capps, who won the four-wide race in Las Vegas, J.R. Todd, Robert Hight, who has two wins this season, Alexis DeJoria, Bob Tasca III, Cruz Pedregon and Tim Wilkerson.

The event also will feature thrilling competition in the NHRA Lucas Oil Drag Racing Series, which features some of the sport’s top drivers, as well as the FuelTech NHRA Pro Mod Drag Racing Series presented by D-Wagon and Constant Aviation Factory Stock Showdown. Top Alcohol Dragster, Top Alcohol Funny Car, Pro Mod and Factory Stock Showdown will all run the four-wide format, with the race marking the first-time ever in the four-wide set-up for drivers in Factory Stock Showdown. The race also marks the first NHRA Summit Racing Jr. Drag Racing League shootout, with eight young drivers competing for the win. The final round will take place on Sunday and will be featured during the FS1 broadcast.

Racers in the Southeast Nostalgia Pro Stock Association will also be making exhibition passes during the weekend. On Saturday, Toyota-sponsored drivers will be signing autographs at 10:45 a.m. at the Toyota Midway Display, while fans can attend Nitro School on Saturday with Rahn Tobler in the pits of Top Fuel’s Austin Prock to learn more about how the cars operate and reach their thrilling speeds.

Fans at zMAX Dragway can enjoy the special pre-race ceremonies that introduce and celebrate each of the drivers racing for the prestigious Wally on Sunday and includes the fan-favorite SealMaster Track Walk. The final can’t-miss experience of any NHRA event is the winner’s circle celebration on Sunday after racing concludes, where fans are invited to congratulate the event winners of the NHRA Four-Wide Nationals. 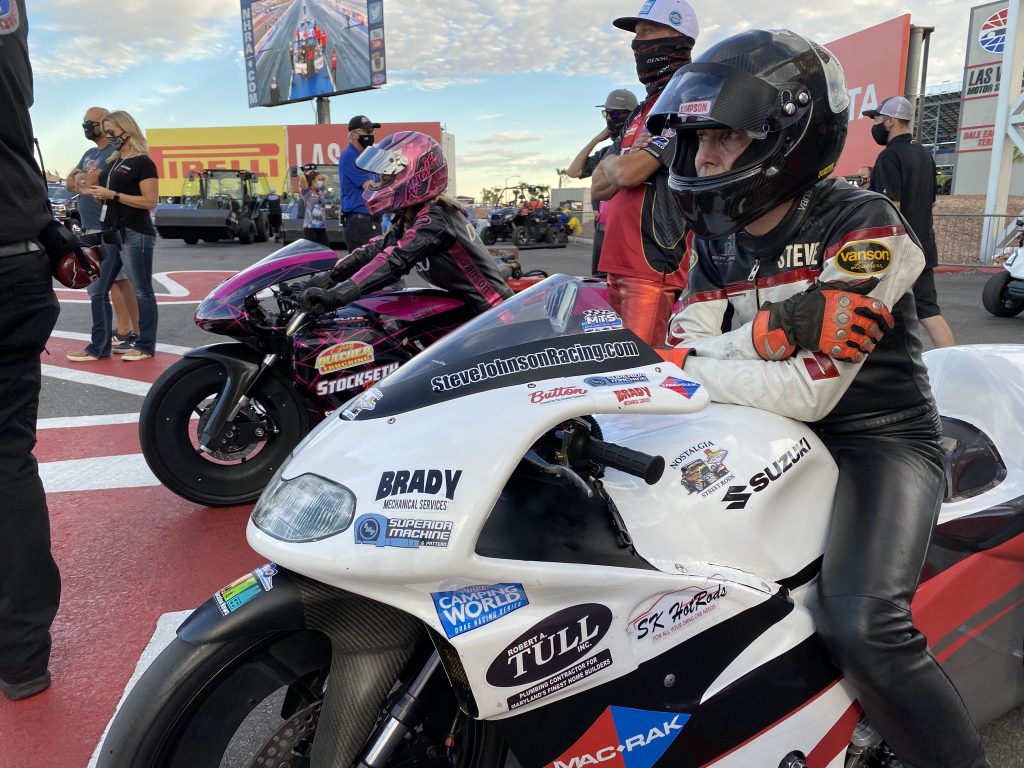 As always, fans also get an exclusive pit pass to the most powerful and sensory-filled motorsports attraction on the planet in Charlotte. This unique opportunity gives fans a unique chance to see teams in action and service their hot rods between rounds, get autographs from their favorite NHRA drivers and more. Fans can also visit NHRA’s popular Nitro Alley and Manufacturers Midway, where sponsors and race vendors create an exciting atmosphere that includes interactive displays, simulated competitions, merchandise, food and fun for the entire family. The new Pep Boys midway display will include tire change challenges, oil change challenges, a slot car track and much more, adding even more excitement to the midway.

To purchase tickets to the NHRA Four-Wide Nationals, please visit www.charlottemotorspeedway.com or call 800-455-3267. Children 13 and under are admitted free in general admissions areas with a paid adult. For more information about NHRA, visit www.nhra.com.

XDA Serves up another Spicy Season-Opener