Samson Exhaust is excited to announce its partnership with Championship Nitro Harley rider Dennis Fisher (“Dennis The Nitro Menace”) at select NHRA events and six AMRA events in 2018. The Samson Exhaust Top Fuel Harley makes its debut at Daytona Bike Week, March 14th, 2018. Join us at Riverfront Park on Beach Street, across from the Daytona Beach Indian Motorcycle dealership for a chance to be one of the first to see the Samson Top Fuel Harley and get an autograph or take a photo with Samson Top Fuel Pilot Dennis Fisher. There will also be some Samson giveaway’s throughout the day. While you’re enjoying the celebration and sunshine, don’t miss an opportunity to pick up a new Samson Nitro Harley/Dennis The Nitro Menace T-shirt, with original artwork by the legendary motorsports artist Larry Williams! Following the appearance at Daytona Bike Week, the Samson Nitro Harley heads to the NHRA Amalie Gatornationals in Gainesville Florida for the next stop on the Top Fuel Harley NHRA schedule, March 16th-18th, 2018. 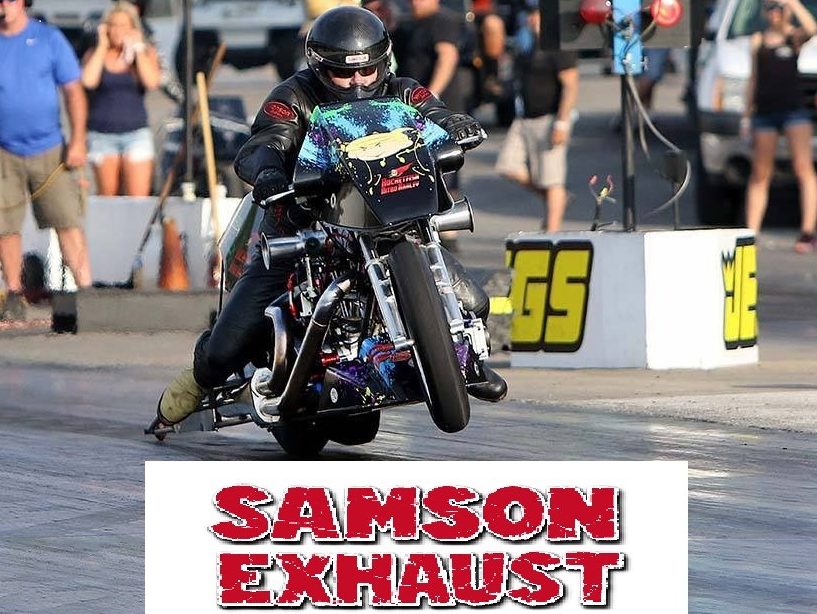 Teaming up with a championship drag racing team, this partnership is sure to bring the Samson Exhaust brand back to its winning roots.

“We are extremely excited to team up with a proven champion, Dennis Fisher. His hunger and drive to win is what Samson Exhaust is all about. I can’t think of a better way to promote Samson Exhaust than entering competition in the Top Fuel Harley class. Personally, I am excited to return to Drag Racing as I have a history of NHRA Top Alcohol and Top Fuel racing as a long-time crew member on a couple of race teams. This will be our first exposure to working with the AMRA series, and we look forward to connecting with our customer and dealer base at these events” said Mike Baverstock, President and co-owner of Samson Exhaust.

“I like to race but most of all I love to win, teaming up with Samson is an excellent way to continue our winning ways AND promote Samson Exhaust and their new owners. These are exciting times for me and Samson Exhaust. When I met with Mike Baverstock I made it crystal clear – there’s only one thing I enjoy more than drag racing – and that’s winning. From the beginning of my racing career, my mission statement has been ‘I’m in it to win it’, and with 3 Championships in 5 years, we’ve proven it. It takes a team to be a champion, and with Samson Exhaust, I’ve found the last piece of the puzzle to take our team to the next level” said Dennis Fisher Nitro Harley Rider. 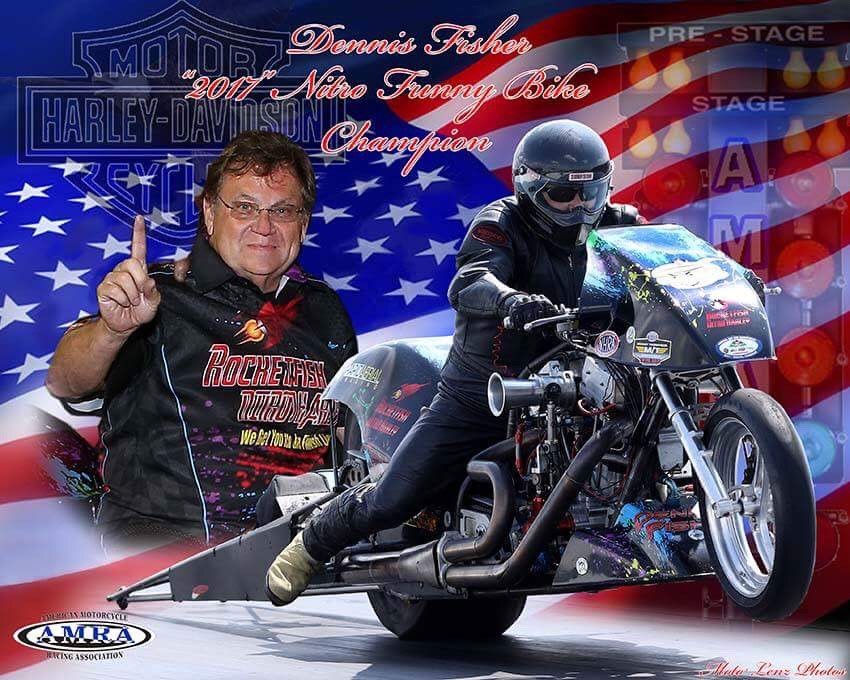