Eddie Krawiec finished off a dominating weekend at the NHRA Sonoma Nationals on Sunday by racing to the Pro Stock Motorcycle victory. 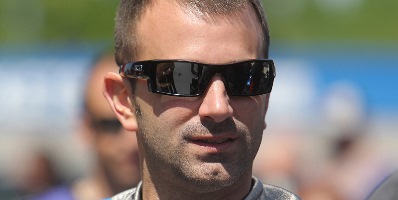 Krawiec, who also won the NHRA Pro Bike Battle on Saturday, earned his second consecutive Pro Stock Motorcycle win of the season and 29th of his career by riding past Jerry Savoie at the finish. Krawiec rode his Screamin’ Eagle Vance & Hines Harley-Davidson to his second consecutive victory and third overall at this event with a performance of 6.881 at 191.00 to hold off Savoie’s Alligator Farm Suzuki, which finished in 6.891 at 194.13.

Krawiec said even though the bikes don’t race in Seattle, and aren’t a part of the official Western Swing, he decided to celebrate his own unique trifecta anyway.

“We took a picture with a broom because this is sort of our mini-swing,” Krawiec said. “I was fortunate to win in Denver, and yesterday we won the [Pro Bike] Battle and today won Sonoma. That’s a good run for our Harley team. What sets this track apart is that this is one of the best surfaces we run on.”

“I give a lot of credit to my crew chief, Matt Hines, and everyone at Vance & Hines,” Krawiec said. “They took an outsider and turned him into a race winner and a champion. Matt is a very unique individual. He is a thinker, and the way I look at it, he has [97] wins because all of my wins, all of Drew’s [teammate Andrew Hines] wins, and all of his wins count the same because he was a part of them.”

The NHRA Mello Yello Drag Racing Series continues next weekend, Aug. 7-9, with the final stop of the Western Swing at the NHRA Northwest Nationals at Pacific Raceways near Seattle.

AMRA Pro Mod and Pro Gas put on a Show in Martin, Michigan