The race marks the fourth event at Lucas Oil Raceway since the NHRA restarted its season during the COVD-19 pandemic, but Labor Day weekend at Indy has had a special and historic feeling for the past 65 years. It’s an event that will be televised on FOX Sports 1 (FS1) and the FOX national broadcast network, including live finals coverage on Sunday, Sept. 6 at 1 p.m. (ET) on FOX.

Angelle Sampey was impressive at the most recent Indy event, racing to her first victory since 2017 and her first overall on her Vances & Hines Harley-Davidson. It provided a major boost for the former three-time world champion in the loaded class, giving her confidence she can be a threat to win for the third time at the U.S. Nationals.
“I’m still on cloud nine since my win,” Sampey said. “I don’t think the excitement and happiness that day brought me will ever fade. I’ve been working so hard over the past year and a half and wondered if I would ever win again. I hoped it would happen and when it did, it would be in an epic way, and I got what I hoped for. Now I’m feeling the confidence I once had long ago and I had wait to ride again. I love racing my Harley-Davidson so much right now and I just can’t wait to race it again.”

The weekend also features a specialty race for eight PSM standouts, as the Mickey Thompson Tires Pro Bike Battle takes place on Saturday. The race-within-a-race format will award the winner $25,000. Last year’s winner Andrew Hines will take on Savoie in the first round, while other opening matchups include Eddie Krawiec against Hector Arana Jr., Matt Smith taking on Sampey and Scotty Pollacheck facing off with Steve Johnson. The first round takes place at 1:25 p.m. on Saturday, with semifinals following at 5:15 p.m. and the finals at 6:45 p.m. 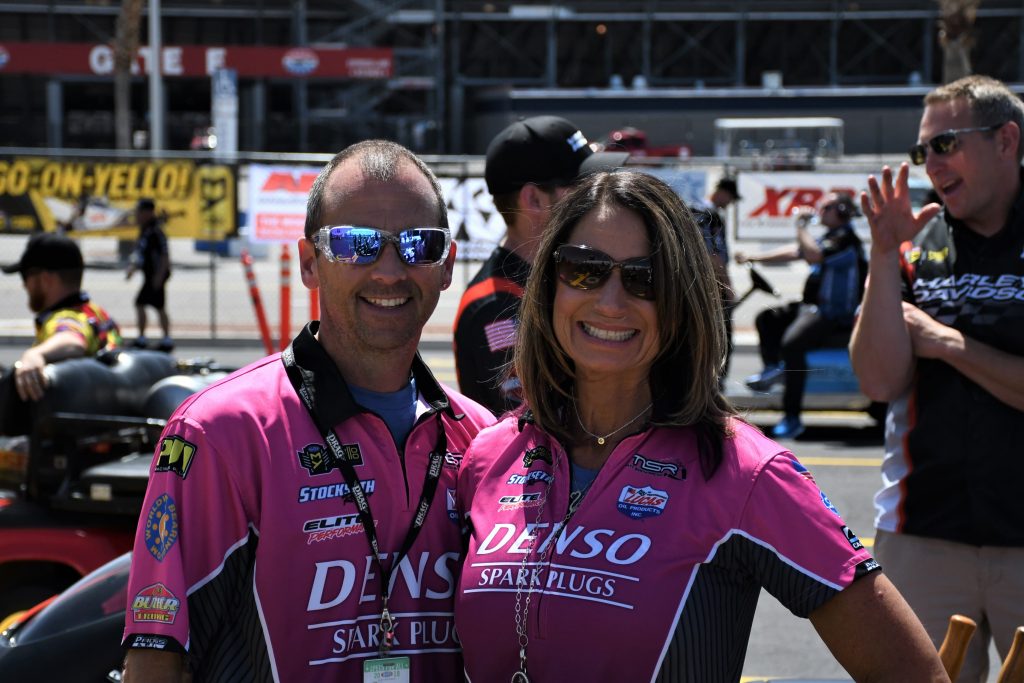 Racing in the Mickey Thompson Tires NHRA Top Fuel Harley Drag Racing Series will also take place in Indy, along the popular SAMTech.edu NHRA Factory Stock Showdown category.
Mello Yello Drag Racing Series qualifying will feature one round on Friday, Sept. 4 at 6:30 p.m. and the final two rounds of qualifying on Saturday, Sept. 5 at 12:45 and 5:20 p.m. Final eliminations are scheduled for 10 a.m. on Sunday, Sept. 6. Television coverage includes qualifying action on FS1 at 2 and 10 p.m. on Saturday, with elimination coverage starting at 11 a.m. on FS1 before moving to FOX at 1 p.m.
A limited number of tickets are on sale now to the DENSO Spark Plugs NHRA U.S. Nationals. Tickets may be purchased by visiting NHRA.com or calling 800-884-NHRA.