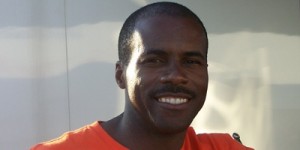 After nearly 20 seasons in the NHRA Pro Stock Motorcycle category, crafty privateer Michael Phillips has earned a reputation as being the racer who does the most with the least.

Phillips overachieved once again at the NHRA AAA Fall Nationals at the Texas Motorplex in Ennis, Texas, Sept 22-25, where Phillips won the event from the No. 14 qualifying position. With four upset victories over competitors entered in NHRA’s Countdown to One playoffs, Phillips moves up to No. 7 in points.