NHRA has unveiled the category schedule for the four professional categories in the NHRA Camping World Drag Racing Series for the 2023 season, as well as the announcement of highly-anticipated NHRA All-Star Callout events in both Pro Stock and Pro Stock Motorcycle, adding to the scheduled Pep Boys NHRA All-Star Callout specialty races in both Top Fuel and Funny Car. 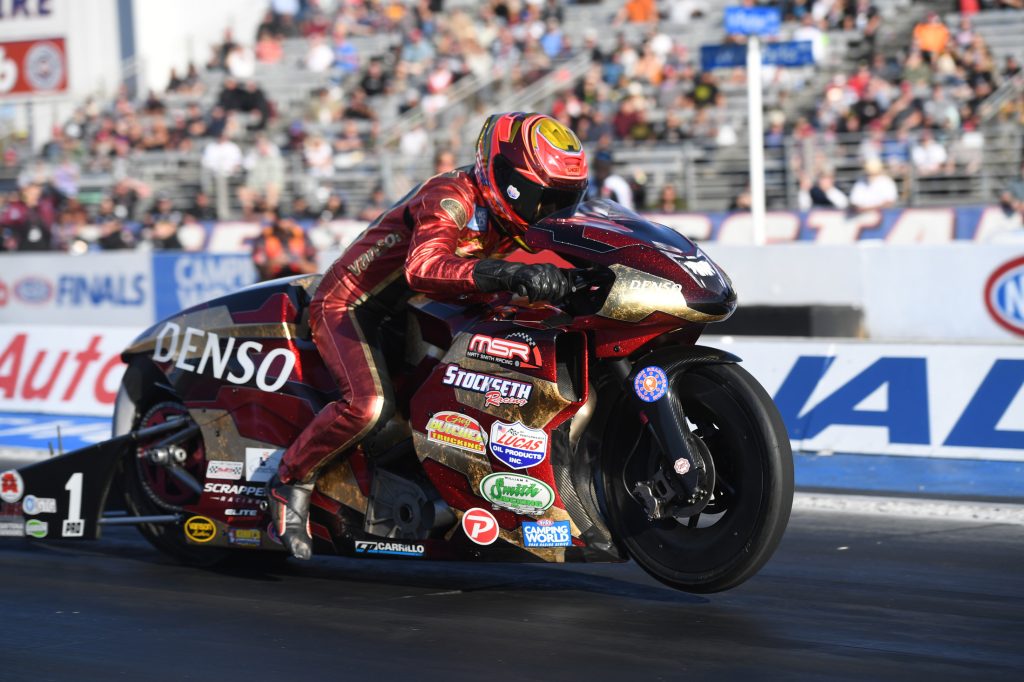 The 2023 campaign starts with the 54th annual Amalie Motor Oil NHRA Gatornationals, kicking off what will be the 72nd season of racing in the NHRA Camping World Drag Racing Series. Both Top Fuel and Funny Car will compete at all 21 races at standout tracks across the country, giving race fans the chance to experience the amazing thrills and the intense action of the 11,000-horsepower nitro categories. Pro Stock will take part in 18 events, while Pro Stock Motorcycle will appear at 15 races.

All four professional categories (Top Fuel, Funny Car, Pro Stock and Pro Stock Motorcycle) will also race in all six events in the Countdown to the Championship playoffs. The NHRA Pro Stock All-Star Callout will take place on Saturday, May 20 as part of the Route 66 NHRA Nationals presented by PEAK Performance at Route 66 Raceway in Chicago, pitting eight top drivers against each other in a unique callout format for the one-day specialty race.

The NHRA Pro Stock Motorcycle All-Star Callout happens on Saturday, July 29 during the final race of the famed NHRA Western Swing, the DENSO NHRA Sonoma Nationals at Sonoma Raceway. Eight of the top riders in the two-wheeled category will face off in the one-day shootout, with the first round being set from a rider callout. In all four specialty races, the driver who makes the quickest run during the opening round will also get to select their semifinal opponent.

The talent-heavy Pro Stock category will appear 18 times during the 2023 season, including the first six races of the year. In that mix is the NHRA’s return to Route 66 Raceway in May, as well as both four-wide events in Charlotte and Las Vegas early in the season. Pro Stock will race the opening event of the Western Swing in Denver and then will return to Brainerd the next month, appearing at the fan-favorite track for the first time since 2019. In all, Pro Stock will race at the final nine events of 2023.

In Pro Stock Motorcycle, riders in the two-wheeled class will compete at 15 races next season, starting with the category’s traditional opener in Gainesville. Pro Stock Motorcycle will also race in Chicago and will compete in the traditional three-race Western Swing in Denver, Seattle, and Sonoma for the first time in class history, also making its first-ever appearance at Pacific Raceways in Seattle. After a two-race break, they return at Indy, finishing the season at the final seven events.

Reigning Funny Car world champion Ron Capps will look for another win in the Pep Boys NHRA Funny Car All-Star Callout as it once again will thrill fans as part of the prestigious Dodge Power Brokers NHRA U.S. Nationals in Indy on Sunday, Sept. 3.

To view the full 2023 event schedule and for more information about NHRA, please visit www.NHRA.com.