Matt Smith is the defending Pro Stock Motorcycle world champion and he won in Gainesville last September, which helped spur his run to a fourth world title on his Denso/Stockseth/MSR EBR. Matt Smith Racing expanded to four bikes this off-season, with Smith, his wife, Angie, Scotty Pollacheck and John Hall working together as part of a standout team. Pollacheck, M. Smith and A. Smith all won in 2020, and M. Smith believes his team can keep that success going this year.

“We all won a race and we all went over 200 mph last year, so we’ve shown we know how to go fast, win races and compete for championships,” said M. Smith, who has 26 career wins. “With four bikes, our goal is we all finish in the top 10, we all win races and hopefully one of us wins a championship. We race all out and we just want to win, and that’s our mentality.” 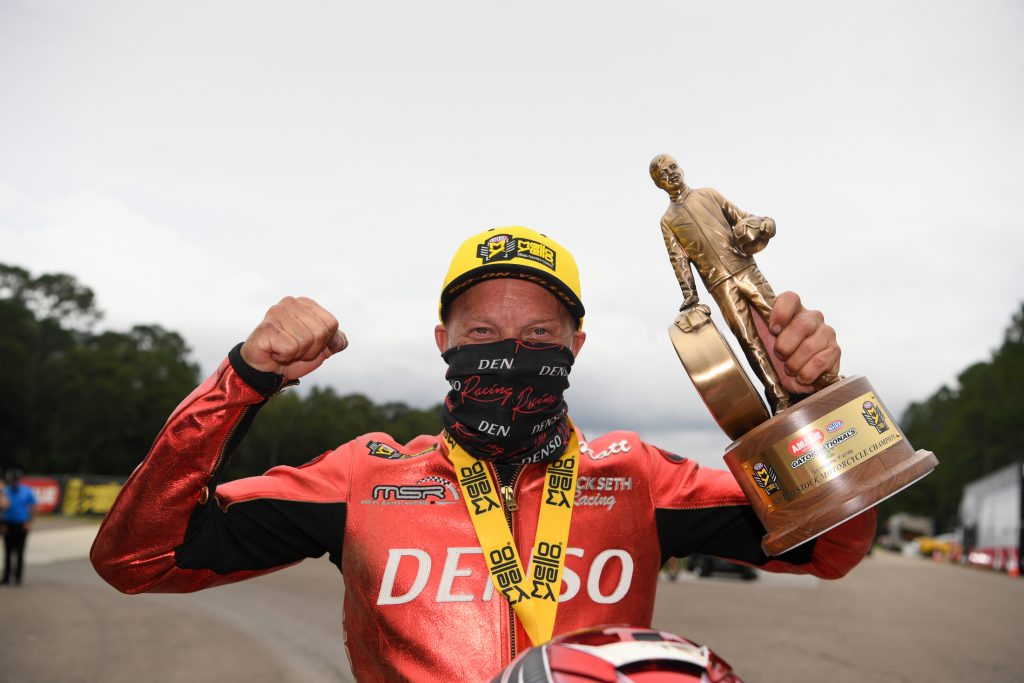 M. Smith’s off-season consisted of refining the parts on the bikes with the hopes of being even more consistent. He knows the power is there, but things won’t be easy in a loaded class that also includes Angelle Sampey, Ryan Oehler, Hector Arana Jr. and Jerry Savoie. Smith, though, has always found success in Gainesville and loves being able to open the season there.

“This is one of my favorite tracks to come to and after working all winter long at home, it’s good to get back to the track,” Smith said. “We’re glad to see more and more fans at the track, and that’s what makes this sport so great. We can’t wait for the weekend.” 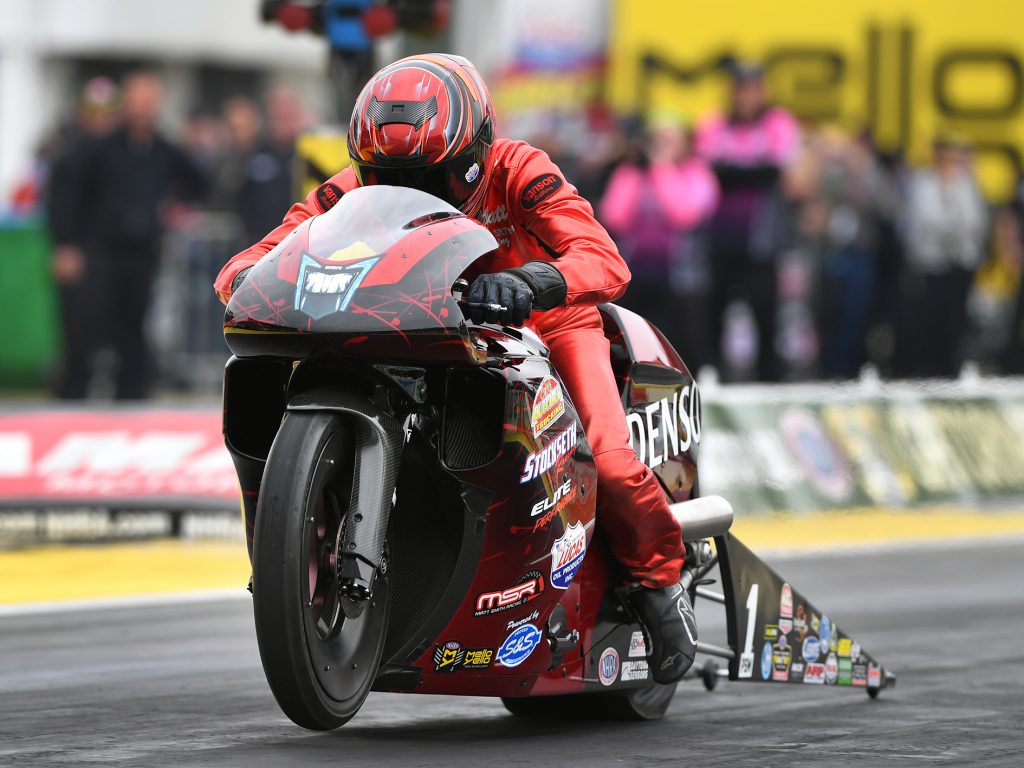 Pro Stock Motorcycle Season To Kick Off at Gatornationals