Motorsports Legend Colbert Seagraves And His Love of Dragbike Racing

Marketing expert Colbert Seagraves has one of the most remarkable resumes in all of motorsports. From his families rich history, to his breakthrough success marketing the AHDRA under Craig Tharpe, to his NHRA championship season to his current involvement with teh All Harley World Shootout, Seagraves has just about done it all. 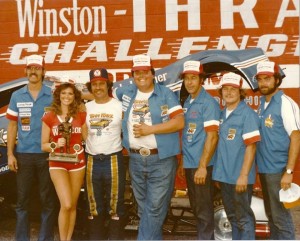 Seagraves has been married to racing his entire life.  His father, Hall of Famer William Ralph Seagraves guided Winston into its sponsorship with NASCAR, NHRA and IHRA back in the early 1970s.

It didn’t take long before young Colbert got involved.  He served as a crewman for NASCAR’s Junior Johnson and worked on the NHRA Blue Max and Budweiser Funny Car teams.  Colbert was a team manager for Jimmy Spencer and Darrell Waltrip, and he helped the All Harley Drag Racing Association (AHDRA) become one of the most popular dragbike leagues in the history of the sport. 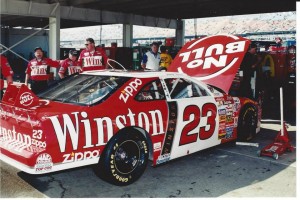 “It was a dream season,” Seagraves said. “I’m extremely proud of what we accomplished. Matt did an outstanding job managing the team and tuning three, sometimes four bikes.  He put us in the winner’s circle,” Seagraves said. “Anytime you can win a NHRA race it’s extremely gratifying because they are so hard to win.” 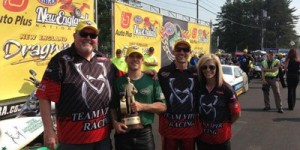 The team comprised of Matt Smith, Angie Smith, John Hall and Scotty Pollacheck went to 11 finals and won six of them. Matt Smith was the top qualifier at four events.

“Winning a race, much less a championship in the NHRA is an extremely tough task,” Seagraves said.  “I am so proud of the team.”

Seagraves most memorable moment of the season occurred in early September at the NHRA’s most illustrious and coveted race, the U.S. Nationals from Indianapolis, Ind.

Seagraves still loves the sport of motorcycle drag racing and can still be seen at the track helping to market some of the All-Harley World Shootout events. He will also be showing off a much slender frame as the Hall of Famer has dropped quite a bit of weight.

Keep up the great work Colbert.