The biggest motorcycle drag race of the year, the ManCup World Finals held at South Georgia Motorsports Park outside Valdosta Ga., Nov 21 -24, is about to get even bigger.

For the first time since the series’ inception in 2010, ManCup motorcycle drag racing presented by Vance & Hines will be showcased domestically on national TV via Mav TV and worldwide on the Lucas Oil Racing TV streaming app. 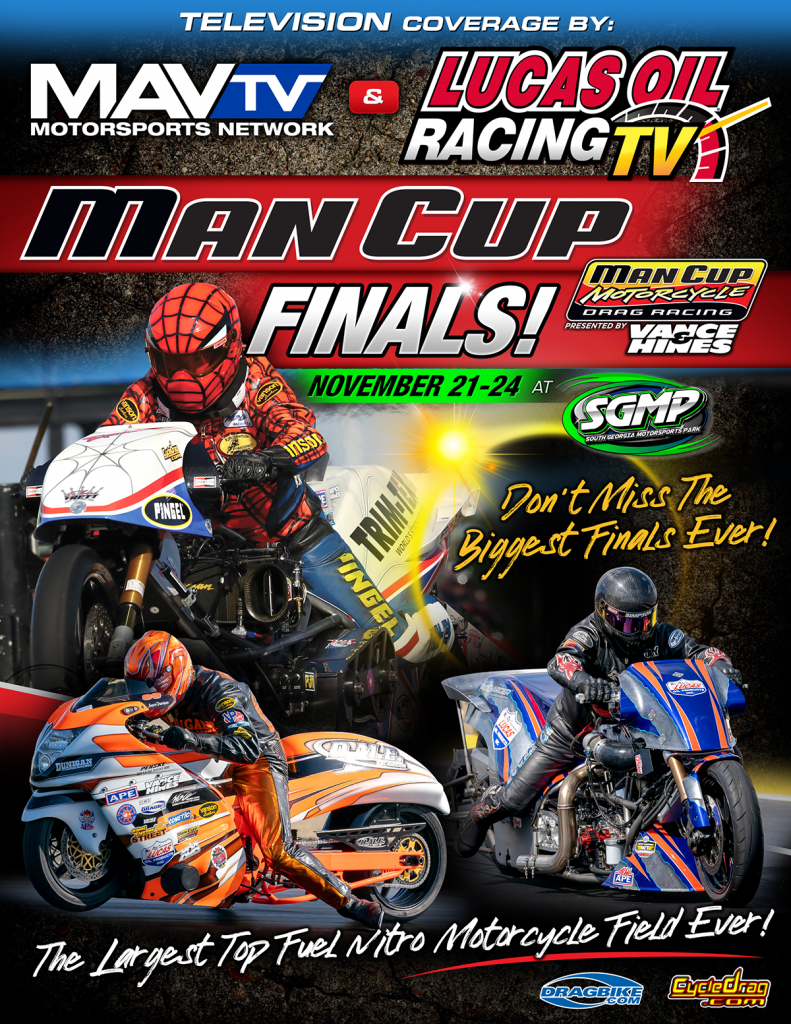 “This is an extraordinary opportunity for not only our racers, but the sport of motorcycle drag racing” ManCup’s Jay Regan said. “Television coverage has been a very long time coming. To say we are very excited about this opportunity would be a huge understatement.”
Lucas Oil Production studios will be rolling its television trucks into South Georgia Motorsports Park (SGMP) to film the World Finals for its extremely popular “On The Edge” series. This multi-camera crew plans to produce multiple shows from the event to expose hundreds of thousands of motorsports fans to the awesome spectacle that is ManCup. 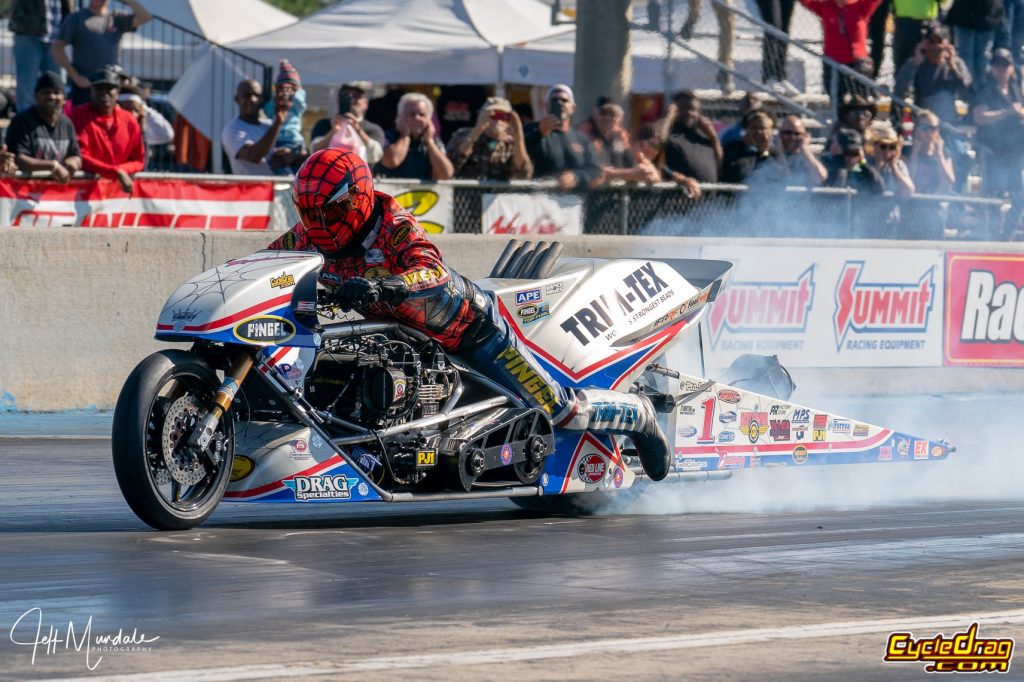 “Opportunities like this for our sport are rare and coveted. Save the date, coordinate your travel plans now so you can help make this year’s World Finals the biggest drag bike event ever,” said Jack Korpela of Lucas Oil Studios and Cycledrag.com. “This coverage is not only beneficial to the racers, but also to the racer’s sponsors. Shine up your machine, get your crew shirts ready and plan on being at SGMP Nov. 21 -24 for what promises to certainly be the can’t-miss event of the entire season.”

“Nitro motorcycles are one of the greatest shows in all of motorsports,” Korpela said. “We are calling on all four-cylinder and Harley Pingel Top Fuel racers from all around the globe to showcase these amazing feats of engineering to those hundreds of thousands of motorsports enthusiasts watching on Mav TV.”

“Get with your fellow local racers, share the news and let’s pack those trailers with as many bikes as possible,” Korpela said. “It’s time to make this a race to remember.”

Regan added, “I would like to personally thank Jack Korpela of Cycledrag.com for his tireless efforts in bringing TV to the ManCup World Finals. Without him spearheading this endeavor, it would not be happening. Not only ManCup, but all of motorcycle drag racing need to recognize this amazing effort.”

A limited number of advertising opportunities within the show will be available. More information will be coming soon on that front.

About MAVTV
Owned and operated by Lucas Oil Products, MAVTV is a television network with its roots deep in the racing world. MAVTV offers an unparalleled line-up of exclusive motorsports that includes prestigious events such as the Chili Bowl, The AMA Pro Motocross series, the Lucas Oil Challenge Cup and more. But MAVTV goes far beyond the national mainstream events and also covers multitudes of grassroots series’ from across the globe: Drag boats, sprint boats, drag racing, pro pulling, drifting, dirt racing, ice racing and everything in between.
MAVTV also knows you don’t have to be a race fan to be an automotive enthusiast, which is why we have developed a package of automotive reality and custom build shows that is truly second to none. If it has a motor it’s on MAVTV… MAVTV is THE motorsports network. MAVTV is available on ATT U-Verse, DirecTV, FIOS, Tikilive, Fubo, Spectrum and more.

Lucas Oil Racing TV features on-demand motorsports and automotive programming 24 / 7. Choose from hundreds of shows in the library or exclusive Live feeds from some of the racing world’s biggest events! You can subscribe to Lucas Oil Racing TV by visiting LucasOilRacing.TV