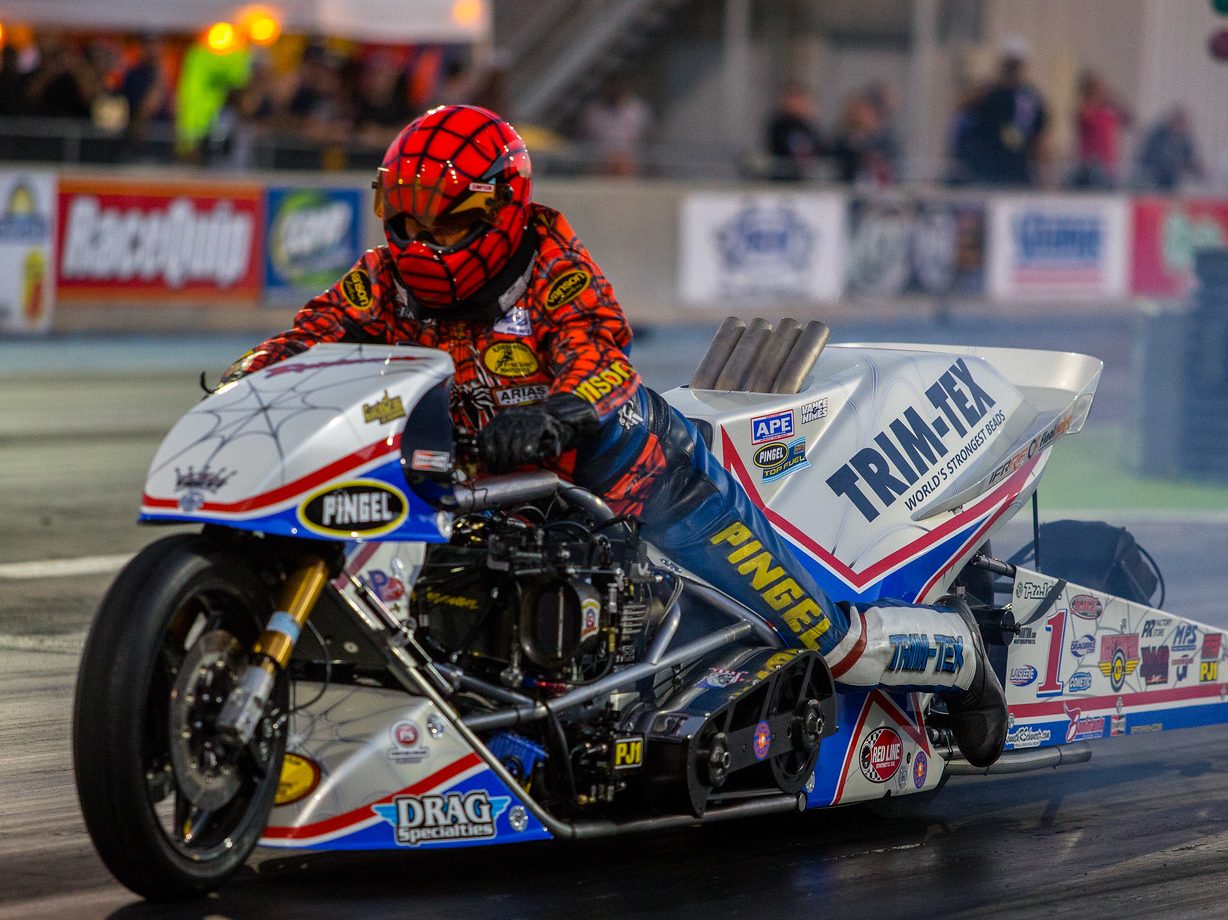 The rapid run came last Sept., as McBride was defending a slim five-point lead over veteran Sam Wills in the ManCup Series. McBride went on to win the race and the championship.

“It’s still early in the season but it’s important to not fall too far behind in a five-race series,” McBride said. “Dave is going to be tough to beat all season.”

At the season-opener McBride encountered a problem in the final that made it extremely difficult for his team to stage his Trim-Tex-backed motorcycle “Star.” After a total overhaul of the machine McBride feels confident the team has found the problem.

“We were not exactly sure what was going on in Valdosta but I think we got to the bottom of it,” McBride said.

When asked if fans will see a repeat performance of his rousing 255 mph speed from last season, McBride said it’s not a goal, but certainly a possibility.

“We want to win the race. We never try to go after the big speed but that is what this motorcycle likes to do,” said McBride, who improved to a career best 258 mph in Valdosta last November.  “If we have to go fast to win, that’s what we will do.”