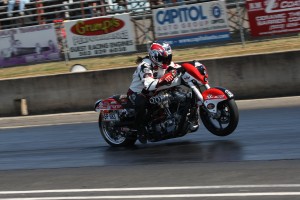 Harley-Davidson drag bike veteran, Verl “Smitty” Smith  and his VSR4VETS team were pleased with their progress in 2012. Smith did a lot of testing and development which translated  into consistent eight second passes at well over 150 mph.

Smith is hoping to carry that momentum over to 2013. After some serious thought, Smith excitedly announced his 2013 schedule of events.

“We won a couple of races in 2012 and have spent the last few years developing our bike and team so VSR4VETS will be a force to be reckoned with in 2013,” Smith said.  “We are ready to go racing.”

“I would like to thank our sponsors, associate sponsors, and contributors. Also thanks to my crew Mo, Lori, Rick, Katie, Shawn Bear, Stanley, Mary Lou, and Toby. I am so very grateful for everyone that is a part of VSR4VETS by their contribution of their time and money.” 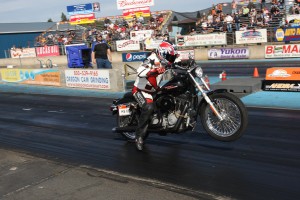 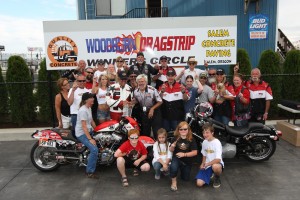 Please remember ,IF IT WASN’T FOR OUR VETERANS WE COULDN’T DO WHAT WE DO!
VSR4VETS would like to thank their sponsors for their ongoing support:Air tech, Avon Tyres, Biker’s Choice,Baker Drivetrain, Black Widow Cams,Bitchn Seat Co.,Camille B Hook L.M.T. ,Chris Rivas V Twin,Columbia Harley Davidson,